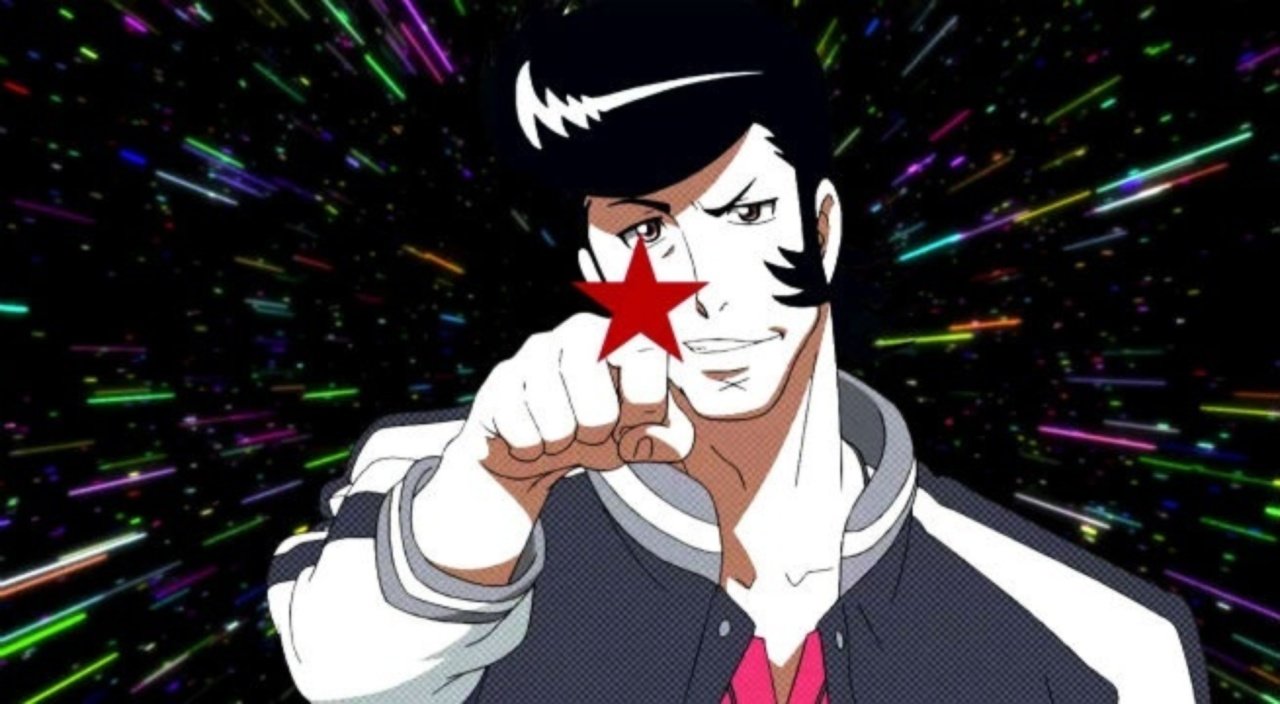 The ‘Seven Deadly Sins’ are a common theme in the anime universe like the homunculi of Fullmetal Alchemist who represents one of them. We wondered if we could find a character within the anime-universe who not only represents the deadly sin they partake but also draws power from them. This list contains the anime characters that represent the seven deadly sins the best. Any of the obvious anime characters that represent the seven deadly sins like the one mentioned above are not included in this list.

First on the list of our seven deadly sins is Dandy. He’s just a normal alien hunter, right? Wrong. The Aloha Oe captain’s main goal in life is to visit all the intergalactic locations of a Hooters-type restaurant called BooBies and spoil himself with his fetish for asses. He does help people in trouble, but they are usually females and he helps for “specific purposes.”

He is a well-respected man in almost all aspects. He is always trying to peek at women taking baths and proclaims himself as a super pervert. When he gets caught peeping he uses the excuse that he is conducting research for his adult novels named Icha Icha.

A guy whose life goal is to become a Harem King. He devotes his training sessions to developing techniques that can explode girls’ clothes off their bodies or can allow him to speak to women’s breasts. He has a sacred gear that continuously increases his power.

The only way he achieves breakthroughs in strength and power with this gear is by groping and poking girls. On the other hand, the previous users of this gear achieved greater power through training (using no perverted measures).

You can’t talk about the seven deadly sins’ pride without mentioning the Saiyan prince, Vegeta. Saiyans by nature are a prideful race. As the prince, he has a lot to live up to. His pride originates from his damaging childhood and his desire to grow stronger. He was able to refuse Babidis order to attack supreme kai instead of Goku because of his Saiyan Pride.

He, in fact, represents two of the seven deadly sins; one is and the other is wrath. He perpetually has characters stroking his ego and treating him like a king even before he joined the hero academy. has had the belief that he’s the best fighter on the planet and also believes there wasn’t anyone worthy of challenging him (before he joined the academy).

She is a witch and the sole proprietor of The Bathhouse. She promised to give a job to anyone who asked for it; however, she takes the names of her employees along the way. Employees are allowed to leave only if they can recall the true names they had.

She takes special care of spirits with money and power. Conversely, she is cold and rude to those guests who cannot pay for the luxury of a bath. Then there’s her personal office, and you can see greed by just looking at it.

Her nickname is Catburglar Nami and she used to be a thief. Nami is greedy and is always trying to con money out of people, trying to steal valuables from other people/crews. Nami, even in the worst of situations, looks for money/valuables to steal.

In public, she’s perfection incarnate, but when she is at home she acts lazy and entitled. Nonetheless, Umaru could be considered the embodiment of multiple sins, but the sin of greed suits her the best as she always wants more manga, figures, games, and junk food.

This Ninja is a genius of the Village Hidden In The Leaves, but he is likewise its resident cloud watcher. Even as a child, all he wanted to do was to watch the clouds. Although, whenever he is asked to train or study, he responds with how troublesome or what a drag it is. At one point he faked being under an illusion to avoid having to run off in a hurry.

This is the laziest character among all the lazy anime characters. He sleeps through all of his classes and breaks. He can fall asleep anywhere, anytime. The entire show is about this boy who just wants to sleep and do nothing. His friend Oota has to carry him around while he sleeps.

No one is as gluttonous as Luffy. His crew had to eat as fast as he could or else he would steal their food. He even developed the ability to eat in his sleep. Yeah, gluttony is right!

Kakarot (Goku) can quickly clear a whole table of food. need to eat is so overpowering that he claimed to have lost battles because he was too hungry.

This guy is also known as “The Glutton” because of his food-obsessive quotations.

“If a plate of food is in front of me, I won’t leave any left even if it kills me.”

It takes a lot of human servings for him to satisfy his insatiable hunger.

A tragic hero who was born from the corpse of his mother and trained from birth to be a soldier. A lifetime of killing has given Guts a “swing sword first, ask questions later” attitude. Still, Guts is a gruff, cynical man with a bleak outlook on life. His bleak outlook on life is because of enduring countless waves of suffering and numerous betrayals since his youth.

He carves a path through human bodies with his sword and determination fueled by rage. Guts’ only response is to slaughter any human or demon that gets in his way of getting his revenge.

The angrier Natsu gets, the higher the power he wields. He has a short fuse, and his solution to problems often involves violence. It’s better to stay on his good side.

Often anger is an involuntary choice. Not everyone chooses to get angry, it just happens. For Ichigo, however, he has a literal inner demon who is happy to come out and kill whenever Ichigo gets exceedingly angry (or loses control). He ripped Yammy’s arm off in anger after Yammy ripped Yasutora Sado’s arm off.

He suffers from the sin of envy. He is a student of the world’s greatest detective and covets his position. However, when L dies, Mello and Near are asked to take his place. His envy is stirred as he wants to beat by any means necessary and capture Kira alone. Sadly, Kira cannot be captured alone.

They have been rivals since birth and are extremely jealous of each other. In Kyo’s eyes, Yuki has a perfect life; the f and everyone else favors Yuki while he is rejected. Meanwhile, Yuki wishes to be ignored like Kyo. Yuki thinks Kyo has the freedom he never had.

Lastly, Naruto started as a loner and a delinquent in the academy. Since birth, he had no friends or family. Thus, he is envious of anyone who has them. In the academy, he was envious of Sasuke who was both strong and popular. He develops a desire to surpass him in skill which helps him to increase his strength and power.

That concludes the list of anime characters that best represent the seven deadly sins. Let us know if you agree or disagree with the list and also mention who you think should be on the list if they aren’t mentioned above!