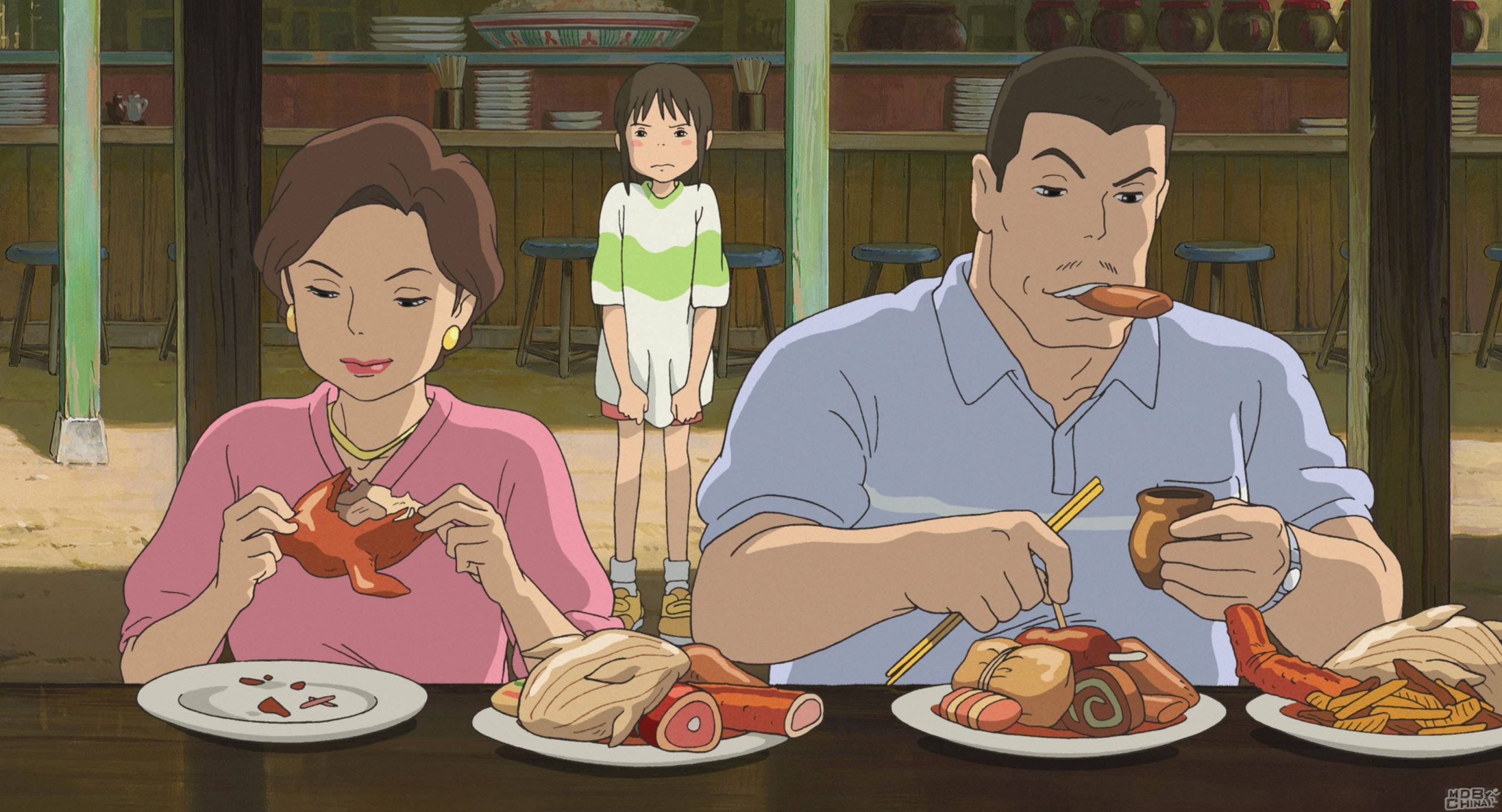 An Appreciation Of Ghibli Food

In these trying times, we’re all looking for a little comfort. And for me, there are few things more comforting than popping in one of my Studio Ghibli DVD’s and losing myself in those pastel worlds. And when looking back at these movies, one of the things that always stands out to me is the food.

The meals shown in Ghibli films are unfailingly homey, beautifully arranged, and seem supernaturally good. Of course, this could be because they are not real. Why has Hayao Miyazaki done this to us? Why has he made Ghibli food look so good, yet remain so unattainable? Is it because he’s a fay, trying to make us dissatisfied with mortal food in order to lure us into his realm? Probably not (but, if that’s the plan… count me in!), although, who’s to say? In the world of fiction, there are some meals that really set themselves apart.

The Lembas bread from The Lord of the Rings, the Everlasting Gobstoppers from Charlie and the Chocolate Factory, Edmund’s Turkish Delight from The Chronicles of Narnia… would I sell out my family for some of Edmund’s Turkish Delight? Maybe not. Would I risk turning into a pig in order to get a plateful of whatever it is that Chihiro’s parents are eating in Spirited Away? Oh, absolutely. No doubt. And I don’t can’t even tell what most of the things that they’re eating are. What I do know is that it looks absolutely delicious. The fact that it’s cursed makes no difference.

Spirited Away is, in many ways, a film about food. Not only is the cursed (but oh so appealing) meal eaten by Chihiro’s parents the launching point for all that happens next, but food appears in significant roles throughout the film. From Haku’s fortifying onigiri, to the feast offered up to No Face, to Zeniba’s lavish tea time spread, and even the little stars fed to the soot sprites. The meals are beautiful, sculptural even, but still inviting.

Even Ghibli Foods which are supposed to be disgusting somehow still manage to look delicious. Take Kiki’s Delivery Service and the iconic herring and pumpkin pie. That does not sound too good, a character who’s eaten it before isn’t a fan, and yet… it looks absolutely amazing. I, for one, am down to try it. Kiki’s is, of course, a film featuring lots of lovely baked goods.

Kiki works at and lives in a bakery, and the lovely old lady who baked the pumpkin and herring pie returns with a delightful, and oft imitated, chocolate cake. Although, we are never told what the exact flavors in this cake are… chocolate and trout, anyone?

Some of the best Ghibli foods are the simplest. There’s something so homey and pleasant about these meals. Even the humble fried egg, a recurring dish which is always lovingly rendered, takes on a magical quality. They always look so warm and fortifying. In fact, fried eggs have been my breakfast of choice ever since I first saw Castle In the Sky. And who could forget the absolutely iconic egg frying scene in Howl’s Moving Castle? Between the pleasant bubbling of the frying eggs and bacon, and Calcifer’s burning curse, the scene has an absolutely charming, cozy-core, feeling.

Bento boxes are often featured in Ghibli Films, carefully constructed like an art assemblage. People have been able to make some good real-life Ghibli Bentos, but the animation plays with the scale of ingredients sometimes and can make them difficult to replicate visually. Another popular choice for those looking to replicate a Ghibli meal is ramen from Ponyo. It’s simple, guaranteed to be delicious, and yet not so simple that it feels like you haven’t actually done anything (I’m looking at you, Calcifer’s eggs).

A Smorgasbord Of Two-Dimensional Delights

This was a dangerous article to write on an empty stomach! There really isn’t a single Ghibli film that doesn’t include an iconic meal, and I couldn’t possibly include them all here. It’s so easy to fall down into the rabbit hole of Ghibli food replication posts… and why shouldn’t you? It’s delightful.

So, while we’re all cooped up inside, maybe now is the time to try your hand at replicating some of your favorite Ghibli foods… or if that seems like too much work (no judgment here! Some of them seem hard!) then simply kick back with the warm beverage of your choice and watch your favorite Ghibli films all over again.