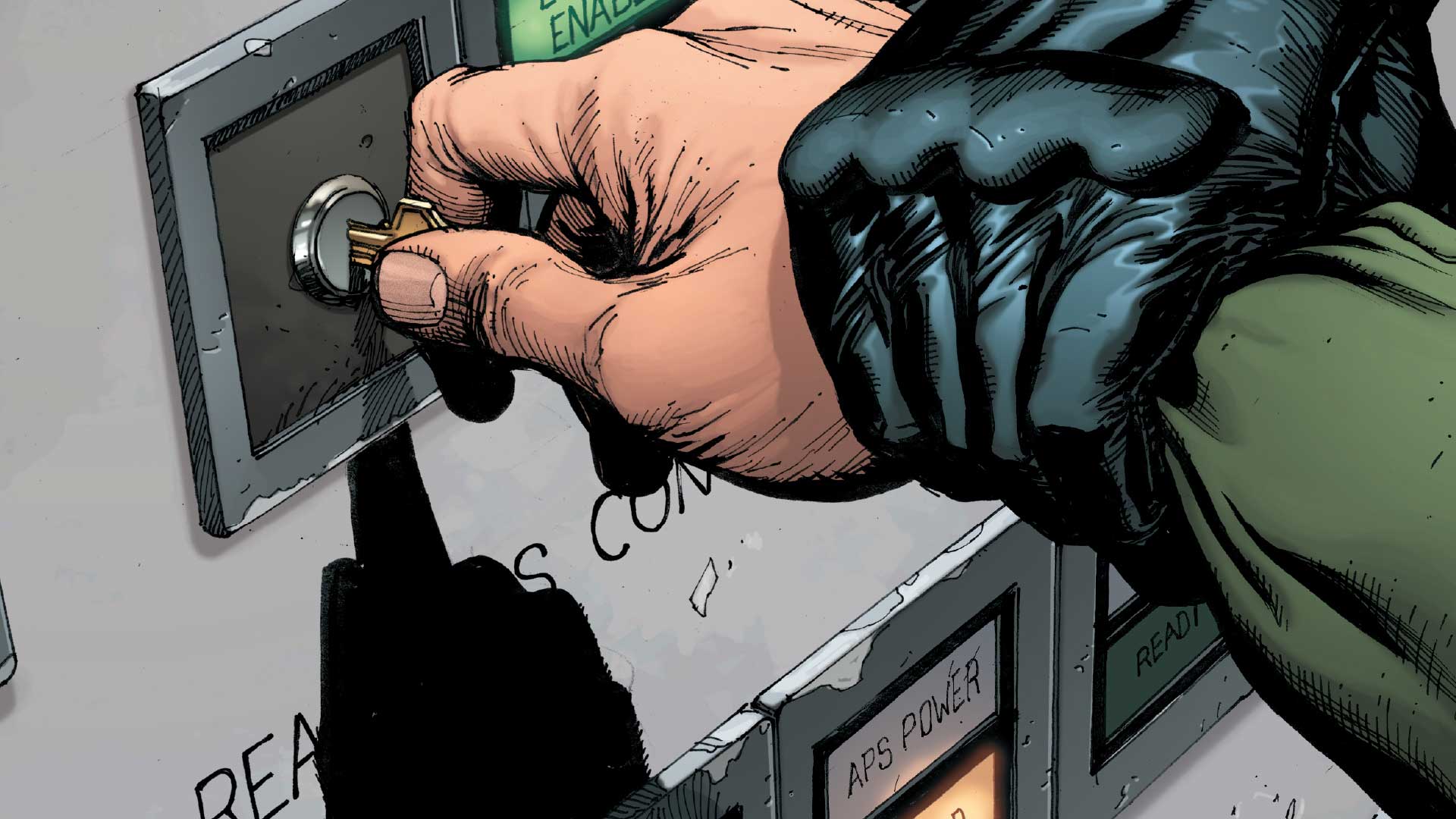 A World On Fire In Doomsday Clock #11

As we inch closer to the ultimate finale of one of the most intriguing crossover events in DC history, the mists have begun to clear and answers have begun to reveal themselves. Geoff Johns and Gary Frank’s story continues with an issue flooded with revelations in Doomsday Clock #11. The world is in shambles as tensions between Russia and the United States grow. With a metahuman war looking imminent between the two countries, much of the Justice League remains stranded on Mars. Batman and Wonder Woman fight to prevent global nuclear war.

The issue began with panels hopping back and forth from different locations engulfed in chaos. Trust in Superman is at an all-time low. I believe the attempt by Johns and Frank was to make the quick changes from location feel as chaotic as it was. With narration from different news stations overlapping each other on much of the panel, there is a lot to take in. Much has been made of how Doomsday Clock will be viewed in DC lore. Issue #11 leads us into a dramatic finish that will likely decide the fate.

While the majority of Doomsday Clock #11 gives the reader a view of how the events of previous issues have had an effect on the planet. The core of the story comes in the back and forth narration of Ozymandias and Lex Luthor. Ozymandias’s plan connects a lot of the dots that have been left behind throughout the series and the Watchmen. Meanwhile, Lex reveals to Lois Lane that he has been tracking Dr. Manhattan for years.

With photos being left behind at the site of major DC events. There is a heavy dose of dialogue in this issue. Johns does a great job of keeping it from going stale. The delays throughout the series have been evident in having a lot to do with the amount of detail in Gary Frank’s art. Most notably with the high number of panels. However, the amount of detail and thought put into the dialogue is a redeeming factor.

With a number of storylines stuffed into Doomsday Clock #11, it’s hard to imagine how Johns plans to bring a satisfying end to them all with only one issue remaining. Not to mention the fact we will get the long-awaited confrontation between Superman and Dr. Manhattan. From the Mime and Marionette to the Comedian, New Rorschach, the entire Justice League, and more, Geoff Johns has the daunting task of bringing his highly coveted storyline to a satisfying ending.

With that said, Johns has done as well of a job as he could with an event that contains so many storylines and the watchful eyes of the fans waiting for the big climax they’ve been hoping for. It’s hard not to wish the Superman, Dr. Manhattan confrontation didn’t happen earlier in the series to have more time to clear up these other storylines. Though we cannot judge until the long-awaited finale to the series comes.

The Art Of Doomsday Clock #11

Like every issue, Gary Frank’s art reminds you of why you waited so long for this comic book to come out. The art is sublime and unmatched in the industry. In a book like Doomsday clock that follows the footsteps of Watchmen with a 9-panel grid, Frank’s performance is that much more impressive. The number of changes in scenery and location from panel to panel is a challenging task for anyone, but Franks makes it look easy.

Matched with the coloring from Brad Anderson, this book is one of the most beautiful on the shelves. Much like Frank changing from panel to panel, Anderson excels at coloring in the 9-panel grid, literally taking you into the panel and never allowing it to get dry and repetitive. One of the best parts of the series has been collecting the books for the covers. With each issue having a main cover and only one variant, it has been fun to see what the team decides to come up with.

What Does Doomsday Clock #11 Bring?

Doomsday Clock #11 was another solid issue in the series. It does its job of providing long-awaited answers and setting up the moment we have all been waiting for. That said, how long will we be waiting to see that moment? The wait for issue #12 begins now. It is exciting to see whether or not it will be worth it. With all the other storylines needing clarity as well, Johns and Frank have their work cut out for them in providing us with an epic finale to this series.