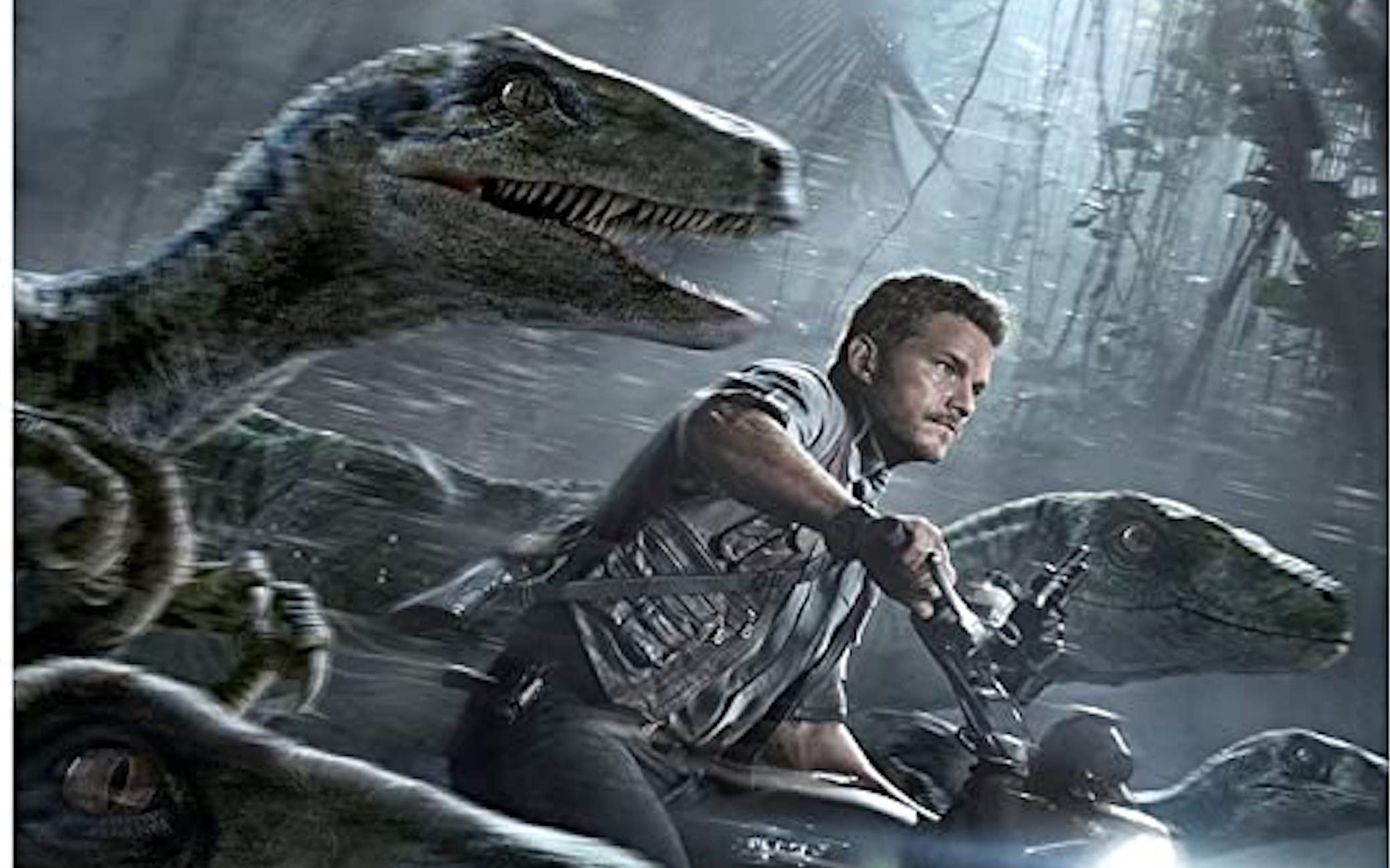 Jurassic World, released in 2015, is the fourth installment to the Jurassic Park franchise but also as a direct sequel. With two other films released before it, how could Jurassic World be such a successful sequel? Why did this movie, released 22 years after the original, become such a worldwide hit? Trevorrow’s directorial talent and Connolly, Silver, and Jaffa’s writing efforts are the sole reasons Jurassic World could successfully capture the attention of a modern audience.

Jurassic World made a total profit of $1.5 billion, earning the number one spot on lists such as Top Opening Weekends by Season (Summer), and Month (June) according to Box Office Mojo. Compared to the original sequel, Jurassic Park II: The Lost World which profited $545 million, Jurassic World won the hearts of audiences across the world, launching the new trilogy revival.

To place Jurassic World’s success among all films, Forbes described it as “represent[ing] the apex of ‘brought back from the dead’ franchises in terms of both potential and financial result.” If you were to find a list of box office revival flops you’d probably find Power Rangers (2017) or The Mummy (2017), but Jurassic World would never make an appearance. This article dives into the fine-tuned storytelling aspects that connect with a modern-day audience.

The Strength Of Modern Technology

Many fans remember Hammond’s original park security placed solely in the hands of Dennis Nedry, an annoying hacker. Electric fences and wires wrapped around the habitats of the dinosaurs, triggered when the animals got too close. These past dinosaurs were hand-fed their meals in the sense that it was basically lowered down into their waiting mouths. In the ‘90s this was considered an adequate measure, and it proved to be anything but.

Jurassic World stands more than a mile away from the original park as modern technology made its presence known. Technology extensively lined up attractions and security measures. The new and improved habitats remain encased with concrete walls that rise far above the contained species. They are equipped with thick electric doors that can only be opened with control room authorization. In addition to the park’s private army for containment, the dinosaurs had tracking devices placed in them before becoming attractions.

Jurassic World took Hammond’s park and built it to become functional with up-and-running safety measures in place. The inclusion of modern high-tech security systems connected to the audience because the world of technology is ever-expanding and they would expect the film to understand that as well. There was also a new generation in the audience who only knew technology, creating a strong sense of familiarity.

With a cinematic universe created and dictated by the efficiency of technology, the modern-day audience was more than ready to receive its big blockbuster. In fact, Charles Parlow said, “accidents will happen and the attempt to prevent them through technological means may paradoxically make them more likely,” and audiences were waiting with anticipation.

Jurassic Park’s two main terrors were the velociraptors and the T-Rex with little interaction with other species. Stuck with faulty security devices and a small number of safe spots, Jurassic Park left audiences bursting with anticipation and anxiety. The disconnect began because the sequels handled T-Rexes in the same threatening manner. Jurassic World set itself above the rest by raising the stakes to a level that was not naturally possible.

While Jurassic World does have ferocious predators, the main threat was the chill-inducing hybrid the Indominus Rex. Although all the dinosaurs in the Jurassic Park franchise were always given other animal DNA to fill in the lost gaps, the Indominus Rex was created like no other. The Indominus had received camouflage abilities of a cuttlefish and the ability to modulate its infrared output from a tree-frog because of the impossibility to remove any single trait. A whole new playground remained created as not even the control room could prepare to face this highly-intelligent fifty-foot monster.

The Illusion Of Safety

In addition to the Indominus Rex, the stakes rose with the illusion of safety brought by modern technology. The petting zoo aimed at children, where they were able to ride baby triceratops and hug baby brachiosauruses, created a false sense of safety associated with dinosaurs. This held true for the adults as well through the Mosasaurus feeding show resembling that of Shamu.

Raising the stakes by creating such a monstrous dinosaur hybrid made audiences think of the inevitable. The large number of possibilities, however, caused audiences to never predict what would come next. Showcasing the park’s pleasant nature through the attractions lowered the guests’ guard. It also lowered the alertness of the audience which created a prime situation for scares later on. Stopping at the Indominus Rex would have been entertaining, but it was the attention to detail that changed the game from Park to World.

Emotional Attachment To The Dinosaurs

Jurassic Park created the idea of dinosaurs being uncontrollable forces of nature. Their instincts far surpassed humans, leaving defenses useless. No-one could forget the looks of fear in all the characters’ eyes during the duration of the tragedy. Jurassic World ’s approach differed greatly because while there were looks of fear, there were also looks of caring and love.

The greatest emotional connection to the dinosaurs comes from Owen Grady being the raptor trainer. He was with the four velociraptors from their hatching, imprinted on them, and stayed with them until the end. He called them “his raptors” and each had their own name: Blue, Delta, Charlie, and Echo. This connection resided at the end as well when Blue, recognizing her parent, turned back to Owen’s side while facing the Indominus. The connection didn’t only reside between the raptors and Owen, but also between Blue and the T-rex who fought side-by-side and walked into the wild together.

The emotional bond between humans and raptors created a different connection to the audience. It made them fall in love with the dinosaurs as well as the route for their success. The Jurassic Park sequels were losing their edge because of the lack of dinosaurs against dinosaurs fights. Jurassic World ‘s big final battle invested in the audience visually and emotionally. This critically earned the film its long-running positive feedback.

A Nod To Jurassic Park

Sequels and revivals often feature original cast members. Jurassic World did no such thing. The appearance of Henry Wu, the geneticist, worked because his last appearance was in the first Jurassic Park. His character having no other “in” to the story before this, allowed him to be a pleasant surprise for long-time fans.

What Jurassic World included about the past remains shown as Easter eggs that fans will understand when seen. Other then Lowery’s original park shirt there was the original park center, the 1992 Jeep Wrangler Sahara, Mr.DNA, “God Created Dinosaurs” by Ian Malcolm, the chaos theory blood drops, and of course the look of the dinosaurs themselves.

Compared to the present, facts about dinosaurs in the ’90s were greatly lacking. Vibrant colors and possibly adorning feathers or quills would have made them look more accurate. Refraining from accuracy was in the film’s best interest as it became easier for fans to associate their love for the creatures with the new film. The audience would feel disrespect was shown towards the original if they were physically altered.

Jurassic World perfected the formula in nods towards the original. There wasn’t an overwhelming amount of dialogue about the original and not too little that the connection remained lost. The familiarity of it all gave fans their trust wholeheartedly to Trevorrow and his team.

Where Is Jurassic World Heading?

Jurassic World could have been another big flop, but all the aspects discussed made sure it was anything but. The inclusion of more dinosaur screen time and eight minutes of just the Indominus Rex alone did help. What was left is something else to remain desired in future films. Jurassic World: Fallen Kingdom, released in 2018, met with great success and profit just a little less than the original film. It brought more dinosaurs wrapped in a conspiracy, but it couldn’t have the initial shock of Jurassic World ’s premiere.

Jurassic World: Dominion, the last installment of the trilogy, remains set to be released on June 11, 2021. Colin Trevorrow is directing, like the original. COVID-19 has caused a delay in production but has not altered the release date. Fans are anticipating its premiere with the promise of Jeff Goldblum, Laura Dern, and Sam Neill. Fingers crossed for another big hit!