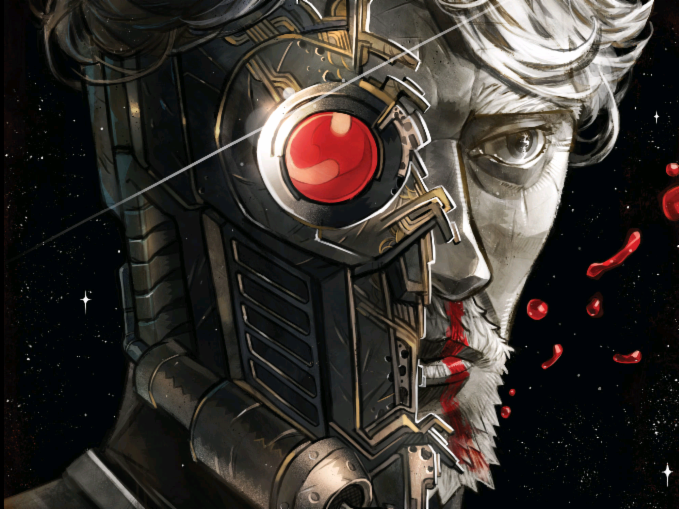 A Sacrifice Is Made In Guardians Of The Galaxy #2

We are only two issues-deep and this is the most interesting I’ve been in cosmic marvel in years. Ewing is wasting no time digging into this story and it is awesome. Guardians Of The Galaxy #2 is written by Al Ewing, with pencils by Juan Cabal, colors by Federico Blee, and letters by Cory Petit. The cover is provided by Ivan Shavrin.

Picking right up from the last issue, Hercules is still in chains. Immediately, his dialogue with Marvel Boy is fantastic. I’m not saying that having a dark Greek pantheon requires you to have Hercules present, but it does feel satisfying to see his involvement. The team that Ewing has assembled is packed with excellence, but adding Hercules, if only for this arc, makes for a great dynamic.

While we’ve seen several gods so far, that’s only the tip of the spear. Artemis joins the hunt in exciting and glorious fashion. Ewing has a knack for reinventing characters in fun ways, which is on full display here. Blee colors, in particular, are really on fire here, with Artemis’ bow and flashy backgrounds.

It’s not a long fight, nor does it need to be, as the creative team accomplishes exactly what they need to. The storytelling on display by everyone involved in Guardians Of The Galaxy #2 is sensational. Ewing has a great voice for Quill, framing him like a pirate almost, smarter than his movie-counterpart and more ruthless. There’s a softness to him that can’t be missed, but he’s a certified bad-ass, almost worthy of fighting gods in the first place.

As the fight against the dark gods continues, there are still moments of joy tossed in for good measure. Noh’s focus on Hercules’ muscles is a fun moment that leaves me craving more interaction between the two. It’s small conversations like this that really show why Ewing is so good at managing a team book, and should always have one.

The Art Of Guardians Of The Galaxy #2

The connection between Moondragon and Phyla-Vell is portrayed in incredible form. The flow from panel-to-panel is absolutely inspiring. There aren’t nearly enough comics at Marvel that play with layouts like this, and with such success even. The visual execution on display here is genuinely breathtaking. Cabal and Blee work in concert together so well, it’s almost unbelievable.

There have been some amazing artists to handle the Guardians, but even still this is a standout. It’s this kind of art that’s so memorable and awe-inspiring. You just don’t get to see unique approaches like this in superhero comics too frequently. Cabal and Blee are at the heights of their powers, that much is abundantly clear going through Guardians Of The Galaxy #2.

Peter makes the choice to stay behind and let his teammates escape, seeing no other solution here. It’s a noble play, of course, but not the move I expected at this stage. Only two issues deep and already going for a neck like that is the kind of gutsy storytelling that I have no doubt Ewing is going to spin gold out of. If anyone else tried this, I would think they were crazy, or stupid. But Ewing has so much goodwill built up for fans that even this can be looked at as a necessary part of a story that will undoubtedly play out with purpose.

Should You Read Guardians Of The Galaxy #2?

The creative team for Guardians Of The Galaxy is of such a high caliber, it’s a blessing that this book exists. The storytelling chops each member brings to the series can’t be overlooked and is in fine form here. Scripts from Ewing deserve to be met with rousing, incredible visuals to match, and Cabal and Blee serve in excess.

The stars aligned for this book to exist, at this time, with these creators, and it would be a mistake to not be reading every issue as it comes out. With only two issues, I can’t urge you enough to get in on the ground floor of what could become one of the definitive Guardians Of The Galaxy runs. Join me next month when Gamora and Drax join the fun!