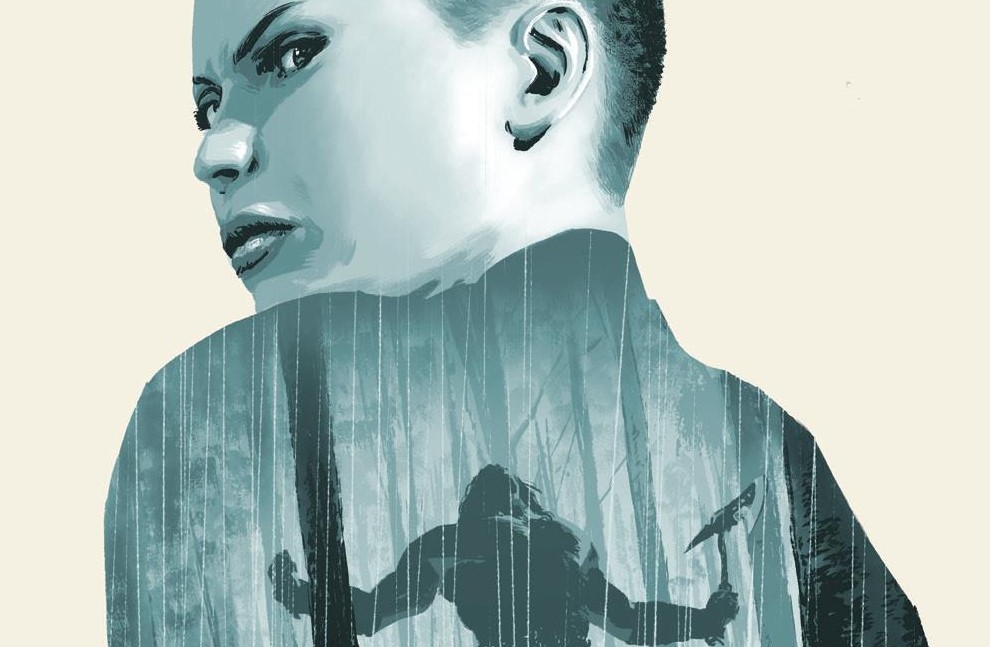 A Rematch Just Not How You Were Expecting Awaits In Lazarus: Risen #3

Kyle ScherNovember 27, 2019
Comic ReviewsComicsImage1 Comment4 min read
A Rematch Just Not How You Were Expecting Awaits In Lazarus: Risen #3
94
TENSION

Lazarus: Risen #3 is a fantastic example of how to pace action in a comic while balancing exposition and character work. This is a tense issue full of jaw-dropping reveals but at the same time, you are constantly at the edge of your seat to see the fight that never comes. This is why Greg Rucka, Michael Lark and the rest of the creative team on the Lazarus series are so good at their jobs, they understand the bigger picture. Much like certain characters in Lazarus: Risen #3.

The Zmey Vs. Forever, Again

The last time the Zmey and Forever went head to head in a knock-out, drag-out fight it was brutal. Forever knows she can’t outfight the Zmey, he’s too strong. She plays into this, much like her family taught her. She uses her weakness and makes it a strength. She secures Avtoriet Kopylov on a boat then sends intelligence that he is actually secure in a bunker. The Zmey is careful and brutal but not particularly smart. You can’t beat them physically then you switch your play to something headier and that is exactly what Forever does.

She can’t slow him down, she can’t beat him, she can’t win, so she changes the game. It’s smart and it’s satisfying to see the plan come together. This is where Lark comes in with those silent panels that cut between the Zmey and Kopylov. This provides a contrast between a hulking brute that is a living killing machine and a calm elderly man having a relaxing smoke. There is no guarantee that this plan will work so we much like the characters are left in suspense. Tension practically bleeds from every panel and it’s beautiful. This is a rematch, just not the one us fans were expecting, but it sure as hell is great to read.

Legacy Is More Than Blood

Abigail Carlyle makes an appearance. Yep, that one, the one that has been hiding away for years and we haven’t seen ever with the exception of in a photo. She looks different and this is intentional. Whatever connection she and Bethany have is unclear still, but I have my suspicions. But with Abigail comes one of the major themes of Lazarus: Risen #3 and a lesson Forever learns. Legacy is more than blood.

Abigail makes a snide comment that she was waiting for Malcolm to die and vice versa. Kopylov tells Forever everything but she doesn’t quite get it. And then at the end, Forever finally gets to meet her clone, Eve. All of this is representative of the theme of legacy. But as Kopylov says, ensuring that his children have a better future is only part of the answer. What they are really after is a way to go out in a blaze of glory, to be remembered. One of the most common fears is the fear of being forgotten and what could be worse for these men of power? Men who literally bought and bribed their way to the top. Men who found the key to genetics and changed the world, who created the dystopia of Lazarus. They can’t be forgotten, otherwise, their work is for naught.

Even their children will have the same ambition, so they have to simultaneously preserve the family name and separate themselves to achieve this. Which brings me to Johanna. Her woman of the people act is in full gear, seemingly caring about the lives of the dead waste and uniting Forever and Eve. This is simply to separate her from Malcolm, Kopylov even says as much. But many are still blinded and that will only lead to ruin.

Lazarus: Risen #3 Is A Masterclass In Tension

Lazarus: Risen #3 is a great issue. It’s tense and plays with the themes of series while developing characters and plot. It’s not as action-heavy as the previous issue but it will sure keep you hooked. The reformatting of this series is really working for the pacing of the series, but the wait is killer. Until next time, family above all!