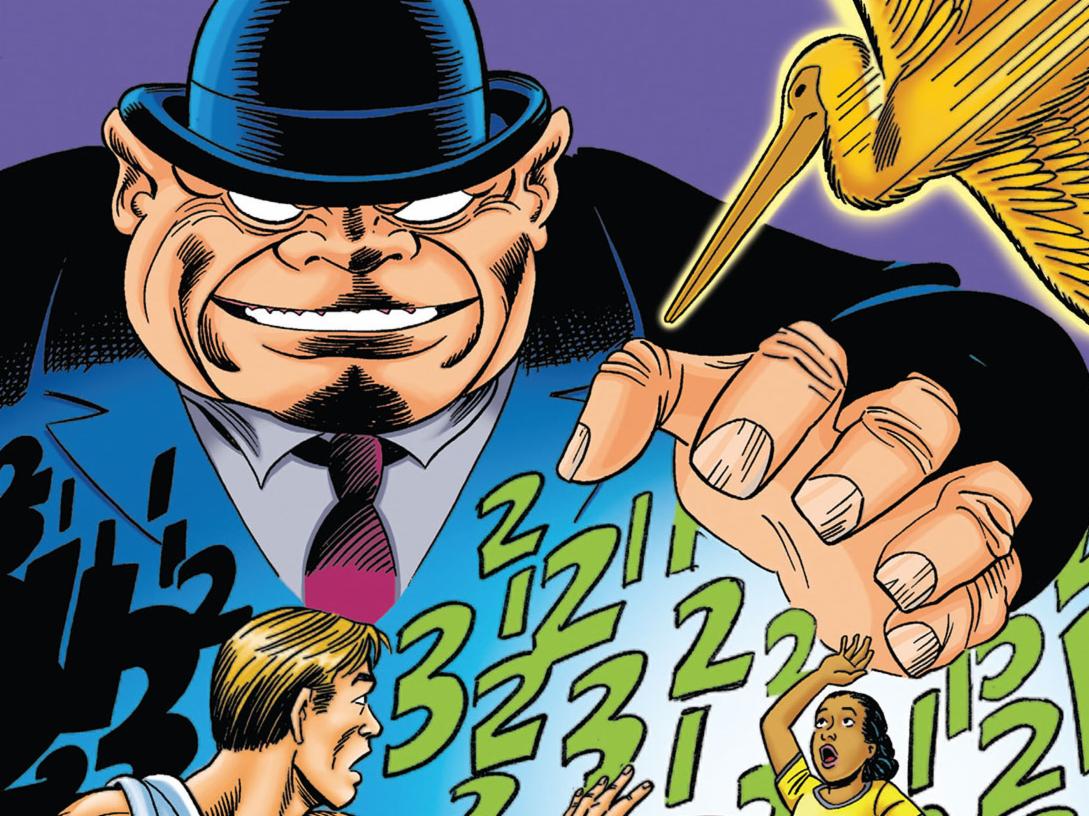 A Mysterious Beginning In The Golden Pelican #1 and #2

After witnessing a horrific incident at the beach, five individuals will never be the same. This is just the beginning of a new mystery unfolding in the pages of The Golden Pelican. A new story from Archie Comics created by Jared Goldwater and Paul Kupperberg. It’s a story of five people, all with their own lives, that become bound together by tragedy and must to figure out what is happening to them. On each of the individual’s backs, an unknown tattoo has appeared. To make matters worse, the golden tattoo glows.

Is this a curse or a blessing?

Let’s take a walk into the dark reaches of the mind in the first two issues of the mind-bending The Golden Pelican.

Mystery Begins In The Golden Pelican #1

The story begins on a lonely beach where a man is standing in front of a dead pelican. Flashes of images show what happened prior to this moment. A man named Ray and a few other individuals at this beach witness a jet skier accidentally slamming into the pelican. The scene changes back to Ray teaching a college class. As the class ends, more memories of the day at the beach flash through his mind.

Ray later goes to dinner with a friend to explain his recent dreams and memories. Ray mentions that one of his hallucinations contained four people floating above him and speaking to him. As Ray continues with dinner, the four individuals from the beach begin to suddenly notice that a golden pelican has appeared as a tattoo on their backs. It’s not till after Ray heads home that he notices he has the same tattoo which begins to glow.

A Journey Through The Mind In The Golden Pelican #2

The next day Ray was still distraught by recent events and decided to take a walk on the beach. One of the four witnesses to the accident comes to the beach as well. The young boy surprisingly meets another witness to the event wondering if he has been dealing with odd events. The comic flashes back to Ray where he is with his girlfriend Judy having lunch.

They began to discuss her daughter Amanda’s recent behavior. Ray tries to talk to Amanda and touches her shoulder. Suddenly he becomes swept away into a new eerie world. As Ray explores, he comes across a version of Judy’s daughter Amanda. She begins to warn him that something is coming. Suddenly, the world begins to shake and a figure appears before them.

The writing in this book is done very well. In some comics, writers tend to exaggerate certain thoughts or actions a character might do. Sometimes things written for a character don’t fit the character at all. The series, though, gets its character Ray, who is a college professor, on point. The protagonist is troubled as he is intelligent and readers are able to see it. Ray has the mindset of overthinking events logically.

Now that he is dealing with more fantasy elements that are breaking him down. Making Ray think about if there is any logic to what is happening to him (and if he will find answers to what is going on). Usually, moments of character development happen throughout a series. The Golden Pelican, however, was able to do it inside of two issues, which shows how great the writing is just based on that.

Realism In The Philosophy Class

The writing in this comic truly shines when Ray is teaching his class. In the first issue, he begins to teach a lesson about thought and what thought is. He explains it the best he can and students question his explanation. He discusses the topic further and says statements that may get many readers to ponder what they just read. To think to themselves what is thought and what is the meaning of it.

The writing in this scene is like a moment pulled out of a philosophy class and it’s great. It is like a mini college philosophy lecture in a comic that makes the students in Ray’s class think, but also the readers think as well. This moment is just one of the highlights from both of these issues. The scene captivates the readers to venture further into the comic to understand where the story can go from here.

Classic Artwork By The Golden Pelican

The artwork in this book is also done very strongly (Andre Szymanowicz, Jim Amash, Bill Galvan, Jack Morelli). It is reminiscent of artwork done in the Silver Age of comics and a bit of the art style from classic Archie comics. The colors and the ink are highlights in these first two issues. Everything in this world is drawn so simplistic but the inking and the colors make the world pop. Usually, the comics of today try to look more gritty and dark – we are glad this one stayed true to classic Archie styled comics.

This has a more light-hearted color tone and only gets dark when Ray is having a mental crisis. It’s a great touch that makes the reader get lost inside of a panel in a good way. If this comic was dark the entire two issues, it may distract from the stories’ narrative. By having the outside world bright and Ray’s inter thoughts dark it makes the perfect contrast. The Golden Pelican uses colors wonderfully and it captivates the reader.

Art That Shines In The Dark

As there is great art throughout the issues, the moment where the art is at its peak is near the end of The Golden Pelican #2. When Ray enters another reality, the artwork becomes a little more complex. Seeing the dark reality Ray has traveled into is a treat for readers’ eyes. There are rocks and spirit like figures flying around the protagonist that makes readers travel all over the page. It’s reminiscent of Steve Ditko‘s artwork in Dr. Strange where the world has just as much character as the main character.

At this moment the world is black and by having it black it makes the world more ominous. Once Ray goes into a room filled with numbers, the world becomes even more freighting. Entering a world of open darkness and then suddenly being trapped in a room is nerve-racking to think about. The scene at the end of the issue is something readers need to experience.

The Last Things To Ponder In The Golden Pelican

If you are looking for mystery and adventure look no further. The Golden Pelican is an enjoyable read and it makes readers want more. From the writing to the art, this comic series is a pleasure. The only problem I would have from reading these two issues are names. When reading the book again I noticed that the names of the other four witnesses aren’t said. I would like to know as much about them as I know the character, .

My other issue is where is the next chapter to this story? As much as I crave to read the next issue, many readers would probably want more clues to solve the mystery of the tattoos. Who were these beings in Ray’s hallucination? I think everyone will want to know what happens next. If you are looking for something new to read, where you can jump right in, then this is the book for you. I would say jump on this book soon because the mystery can only get more complex from here and you will not want to miss what happens next.