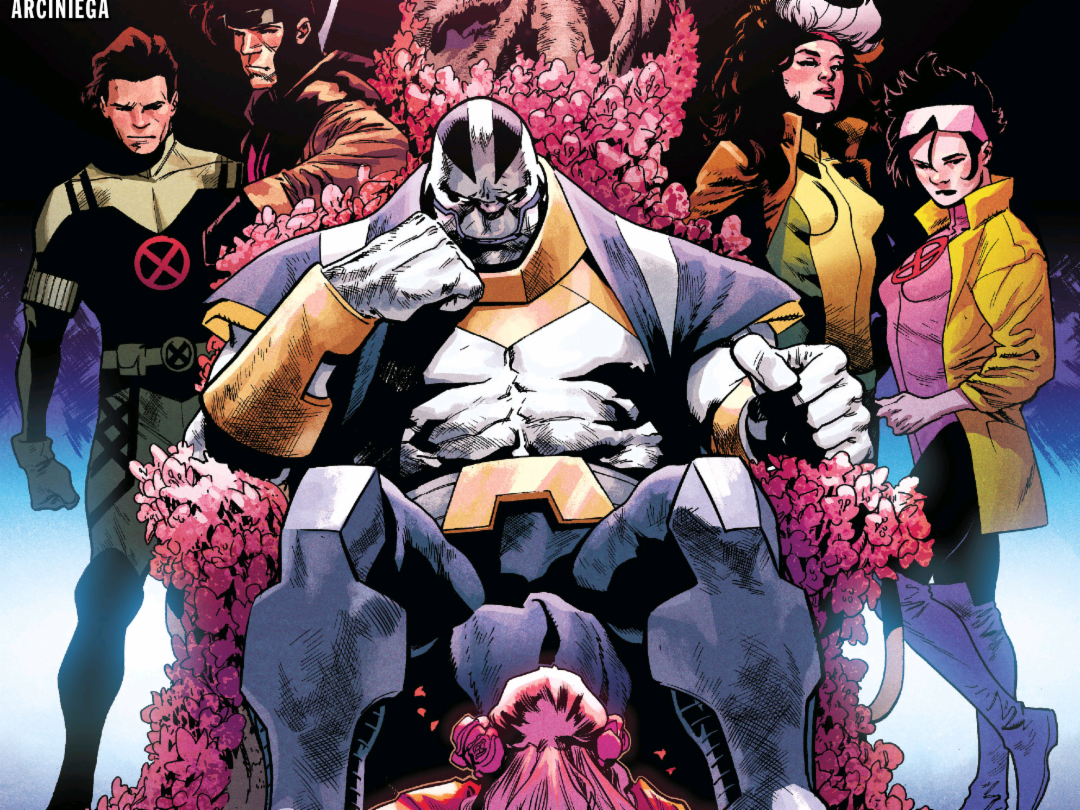 A King Is Crowned In Excalibur #6

There’s a lesson to be learned immediately upon opening Excalibur #6, and that is: do not mess with Rogue or her friends. As it turns out, Rogue absolutely killed Apocalypse at the end of the last issue because we lead off with Apocalypse’s immediate resurrection.

Excalibur #6 is the climax of the fight between Betsy’s team and the forces of Morgan Le Fay. Apocalypse played his hand and now Rogue has his powers, and also aesthetic. Betsy is leading the charge heroically, while Rictor finally gets to cut loose and flex his powers. Gambit and Jubilee, still with Shogo as a dragon, support the others as they take the fight to Morgan. Morgan’s forces far outnumber what the mutants have brought, but that won’t stop them from giving it their all.

Could it really be so simple though? Just overwhelm Morgan’s forces with strategy and power? We will never know since Apocalypse returns to the battlefield in that moment. He makes the surprising play of trying to speak with Morgan on behalf of the team. As it turns out very quickly though, his grand plan is a duel between Betsy and her brother Brian.

A small scene just before the duel begins showcases Rogue and Betsy’s relationship and it is so lovely and wonderful to see. There is trust and such mutual respect here between two of the most powerful of all X-men. The pure sweetness of this moment can’t be overstated and is just so rewarding. These last two issues focusing so much on Rogue have been a real blessing.

Was there any other way for this to go by the time of Excalibur #6? Betsy has to fight Brian, much to her chagrin, while Brian is still brainwashed by Morgan. The faith that Apocalypse has in Betsy is almost inspiring, but you know there is something more sinister lurking beneath those good intentions. Trusting Apocalypse doesn’t come easily to anyone right now, nor should it. This continues to be the most exciting the character has ever been in my opinion. Betsy’s fight with Brian is over almost as soon as it starts, with Betsy gaining the upper hand. Though she initially refuses to kill Brian, she can’t help herself, as Apocalypse reveals in his last play. He didn’t want the throne for himself, but for the other Braddock sibling, Jamie.

Jamie isn’t an evil character in Excalibur #6, he just has an antagonistic attitude. I gotta say, the sheer whimsy that To and Arciniega animate Jamie with is so much fun. The crown and the toga are completely unnecessary and ostentatious, which really seals the deal on making Jamie charming even. Betsy demands he bring Brian back and so he concedes. His mutant powers are reality-based and so he is more than capable of such a thing. Brian wakes and is immediately distraught, unsurprisingly, as Apocalypse explains why Jamie should be king. The scene ends fairly abruptly there, followed by a rather immediate transition to Krakoa.

There are only three laws on Krakoa: respect this sacred land, kill no man, and make more mutants. It sounds fairly straightforward, sure, but the topic of making more mutants has been a large area of discussion since House Of X #6, where the laws were created. The reality of it is, not all couples want to have children. Not all couples should even have children. As a millennial myself who has no real intention of having a child, it’s mildly concerning if the X-men want their couples to start breeding immediately to grow their empire. Tini is here to show us that there can still be a nuanced discussion around this and that not everyone absolutely needs to have children.

I do not say this lightly, but I declare this as being my favorite page in all of Dawn Of X. Not only does it feature Gambit and Rogue, two of my all-time favorites in a stunning scene, but also shows how reasonable adults have discussions about major decisions like whether or not they should have children. It’s poignant and sharply written, some of the most relatable content you will find in any modern X-book. You should never feel an obligation to have children under any circumstances, and to see this talked about here brings me endless joy.

I’m not really out to spoil the whole comic for you, as really my goal here is to get you to read the comic yourself, or just elaborate on it a little if you already have, so I will say there are more twists in this particular issue that are absolutely worth reading. Those twists aside, Tini approaches these characters from above all else, a place of respect and as a fan.

The dialogue is meaningful and purpose-driven, with plenty of moments for your favorite mutants to shine. Marcus To and Erick Arciniega are such a hell of an art team. Every page they render is dynamic and exciting and we are truly lucky to have them as the consistent art team for the series. Marcus’ designs for the team are inspired and medieval, giving everyone a new but familiar look that really shines in Otherworld. There are surely exciting things ahead for Excalibur and I can’t implore you enough to check out this series and relish in the magic of mutants with me.

A King Is Crowned In Excalibur #6
PROS
A barrage of excellent character moments
The deepest lore of any new X-book
Nuanced discussions about adult matters
CONS
Not much to do with the rest of the X-line (which is not necessarily a bad thing, but it is largely removed)
92
Mutant Magic!