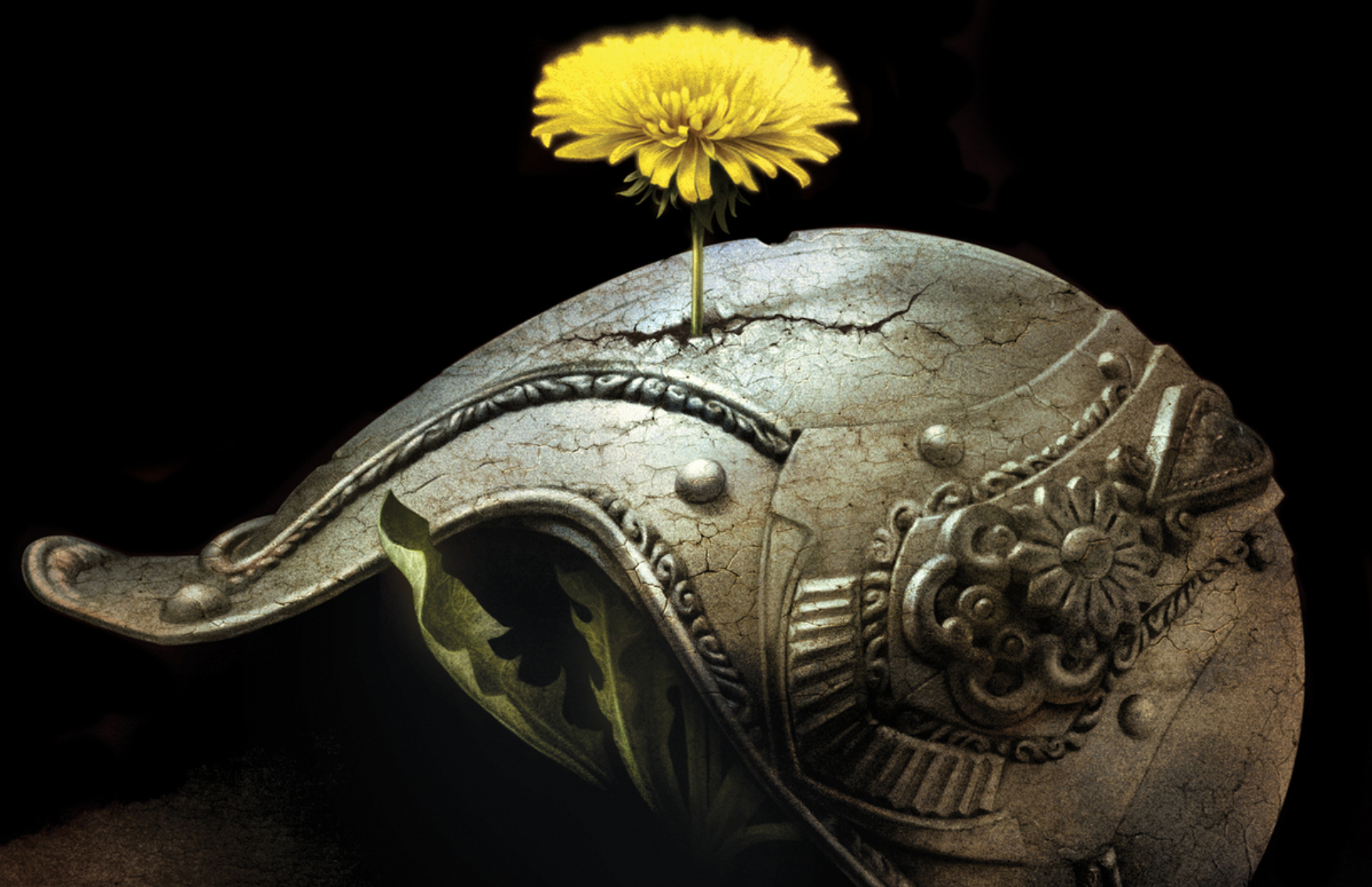 A Cultural Revolution In The Dandelion Dynasty Series

Literature expresses the state of the world. Historically and presently, we craft stories to call to question what we believe in. From these stories, we can decipher past, present, and future concerns of the human condition. Some stories do this in unique ways. In The Dandelion Dynasty fantasy series, author/translator Ken Liu does just that.

An epic fantasy on par with the genre titans of A Song Of Ice And Fire and The Lord Of The Rings, Ken Liu’s Dandelion Dynasty series is, in a word, epic. Unlike these other titles, however, the land of Dara is an immersion of ancient Chinese history. Within this land, the author purposefully explores topics of traditional values versus progressive change. He explores the exoticization of Asian cultures, women’s rights, historiography, and philosophy.

What Is The Dandelion Dynasty?

The story begins during the waning years of the Xana Empire. In The Grace Of Kings, the first novel, we follow the separate narratives of Kuni Garu and Mata Zyndu. However, the story also follows the actions of a huge cast of well-defined characters as well. These characters are instrumental in giving the reader a broad view of the world of Dara. Each character has their own machinations and personalities. You will grow to care for some and hate others.

The characters are just one facet of the world, however. Dara is beautiful, with amazing detail and care immersing the reader into its world. There is an intricate blend of the natural world, the spiritual, and the human. How these manifest in cultural differences is astounding, and the author gives in-depth explanations for their existence. The ‘why’ is as important as the existence of it.

There is a refreshing tone in the writing as well: calm and distant, as though speaking an old tale. In fact, this tone was intended by Ken Liu, and this gives the story the feel of an epic poem. It is refreshing to read a massive history written like The Romance Of The Three Kingdoms or Beowulf. As such, there is no filler, as each chapter plays a different part of the story.

The Silkpunk Of The Dandelion Dynasty

If you are unfamiliar, the term ‘silkpunk’ refers to an aesthetic choice away from typical fantasy. It was coined by Ken Liu to define his vision for The Dandelion Dynasty series. Think of it as a departure from standard Medieval Europe and Western settings.

Speaking of aesthetic choice, silkpunk also describes approaches to both technology and the literary. In the technology of Dara, the engineers use natural products which were historically vital to East Asian cultures. Bamboo, shells, coral, paper, silk, feathers, sinew are just some examples. How the people of Dara describe these technologies is referential to nature as well. For example, airships are described by their similarity to the swim bladders of fish.

The Cultural Depth Of The Dandelion Dynasty

The cultures in Dara are formed through their interaction and interpretation of nature. Places like Xana, Haan, and Cocru all have different landscapes and weather. Their cultures and economies are informed by these qualities, not to mention the people’s interaction with nature, which also forms relations with certain gods.

Because of this relationship, the gods also play major roles in the story. They select chosen ones, who may or may not fail, and they have considerable power. However, these gods, in selecting chosen ones, take a back seat to the humans. For them, Dara is like a giant chess board, competing amongst themselves. That said, the gods are neither nefarious nor evil. Think of them more like an extension of the natural world.

Dara is full of strife, however, and the exploration into the political sphere of empire plays a large role. The movement of armies, the economics of state, and the cultural revolutions inform progress. Political machinations, technological advancements, and scholarly critical debate are all vital to defining culture in Dara.

The famous Winston Churchill quote, “history is written by the victors,” is vital to The Dandelion Dynasty. Not the quote but the idea of how history is written. Throughout the events within the novels, the characters question (and enact) policies which impact the people of Dara. The way power moves from story to political maneuvering becomes key here. Questions about people’s identity to themselves and each other is constantly rearranging.

Even the narrative structure plays a critical purpose. The Grace of Kings reads like a series of legends or histories written long after the events took place. This naturally makes certain characters larger than life, which bolsters their power. The power to create a self-image, in turn, shapes how the populace believes they should be. We see this play out even as the concerns of state changes in The Wall of Storms, where legends are interpreted by new generations. How those in power appropriate, retell, and remake old narratives plays a heavy role in creating their version of an ideal Dara.

Ken Liu uses inspiration from parts of Chinese history either suppressed, buried, or unknown to Western audiences. Things like democratic governance and constitutionalism are generally not associated with China in modern times, but they play important roles in Chinese history. Ken Liu uses the books as a tool to

“redeem that history from the biased gaze that has been applied against it.”

For example, the Chu-Han period of Chinese history is a major inspiration for the beginning of this story. The story is not a beat-for-beat retelling of history but is rather an inspiration for it. As for the philosophical debates, just look to the Song Dynasty. What makes this work is the ‘realness’ of things in Dara. The application of these wars and debates have occurred, and this is a great connection to a real cultural product.

The Irreverence Of Asian Exoticization

Rarely are Asian cultures depicted in Western fantasy and science fiction based on something real. They are usually based on exoticizing or romanticizing factors. In other words, caricatures of reality. This reflects their state in fantasy and science fiction (there is an entire academic field exploring this topic). This presents issues of techno-orientalism and exoticization. For someone who lives in Asia and sees how badly represented these cultures (and mine) are, it gets tiring. The Dandelion Dynasty series stands in direct opposition to this tendency. It is informed by real Chinese history and classical philosophy.

It is because of this distancing that the series feels a bit irreverent to fantasy. In the best way. It neither wants nor cares for the common tropes of Asian representation in fantasy and science fiction. Ken Liu has crafted a story informed by real culture, rather than exoticized versions of it. The Dandelion Dynasty series makes a serious argument that the tropes of exoticizing cultural inspiration are jokes to disregard.

“The text is consumed with the exercise of power while also imbued with the hope that society is capable of progress.”

The Role Of Women In The Dandelion Dynasty

One of the most interesting aspects of this series is the representation and power of women. Unlike in some novels, which form static social stations either rebelled against or reinforced within the narrative, time in Dara is constant. Acts of rebellion and progressive movements change the political landscape in which the characters live. As such, women’s roles within Dara’s culture offer one of the most dynamic changes.

In The Grace of Kings, patriarchal traditional values form the role of women. As the shift in rebellion brings about war, those values begin to slowly dissipate. It is not a sudden change, but a logical value shift as certain women stand in powerful roles. However, the cultural power still lies with men as, for example, the royal heritage goes to princes. At the end of The Grace of Kings, there is a shift, but only slight.

The Wall of Storms picks this discussion up right where the previous book left it. From princesses to commoners and from war generals to academics, women begin to take center stage. There is a shift in individual power, while traditions begin breaking. As you expect, people loyal to ‘the old ways’ grow angry with these changes, so fighting between traditionalists and progressives commences. The question of traditional values against modern progress are as relevant to Dara as it is for us.

A Grace Of Storms

While not having a catching and original ending title, I think The Dandelion Dynasty is an amazing series in which any fantasy nerd can immerse themselves. It has the capability of analyzing our own world’s cultures yet provides its own intriguing world. The exploration of how revolutions construct and reconstruct cultural foundations is the core of the series. The Dandelion Dynasty is not just a story about warring factions, but also the interplay between social and cultural dynamics.