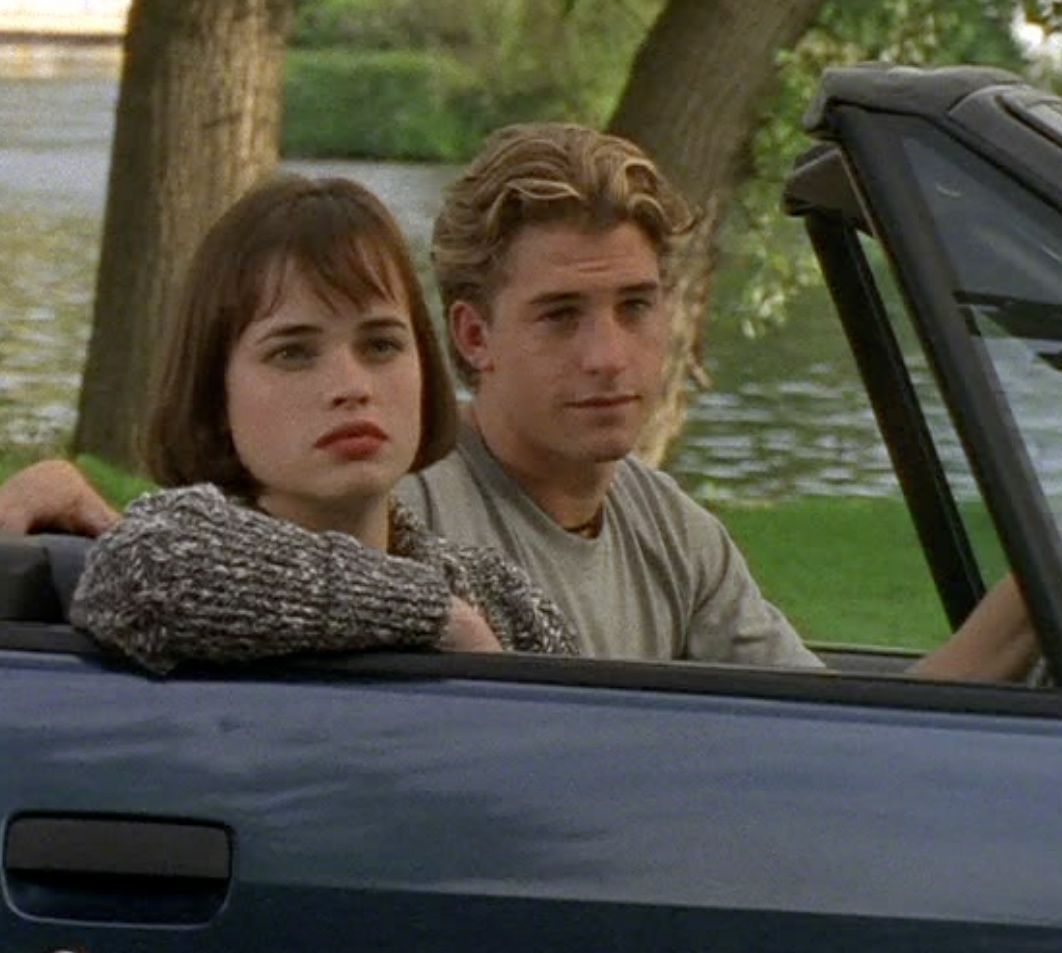 Nancy Drew lasted one season and ended in thirteen episodes in 1995. I am barely discovering this show – the 90s had way too many TV shows for me to even remember what was what. Nonetheless, Nancy Drew is about a girl who solves mysteries with her friends. It is based on the books The Hardy Boys/Nancy Drew Mysteries.

The show sticks to the nature of the books and the other mediums before and after it. While this was made in the prime of the millennial age – it was another underrated show that won’t have a cult following until at least about 2020. The show has thirteen episodes and one season, which leaves you wanting more.

The show stars Tracy Ryan, Joy Tanner, and Khene Erwin, Nancy Drew, George Fayne, and Bess Marvin respectively. What I love most about this show is the soundtrack, the friendship, and the Nancy. To see Nancy depicted as someone… normal is nice.

Nancy is depicted as normal in other mediums, but this Nancy Drew goes to college, has roommates/or is crashing on her friend’s couch until she can get an apartment, and is genuinely a normal human being with a memorable name. She does not consider herself a substantial private eye; she is just good at figuring things out.

Tracy Ryan, who went on to do other things in the Hollywood medium after Nancy Drew, has not acted in anything since 2015. In this show, however, she does an amazing job. Her clothes are always fresh, her lipstick is never anything short of perfect, and she plays Nancy Drew damn well.

Her persona is what I envision Nancy Drew to be and act like. She is someone normal that would go to college and be similar to Veronica Mars. This show reminded me so much of Veronica Mars – mostly because Nancy is just like Veronica in a lot of ways. Again, that show came after this show – but, you can see the parallels between VM and ND.

There Are All-Pros About Nancy Drew

The show Nancy Drew is fantastic for being a 90s show for many reasons. We have a female protagonist who is incredibly badass. She can solve somewhat crimes, help find missing people, and above all else – all the guys want to date her. It is not the other way around where we have a male protagonist and all the girls flock to him. That is truly refreshing to see on a television show because sometimes all the guys want the girl, right? Right.

Another thing to note about this terrific show is that she sums up the episode at the end (sort of like Veronica Mars does) and talks to the viewers about what she learned or has figured out about growth. It is lovely to see a female character that viewers can relate to. Indeed one that is in college and has typical adult woes.

The acting is surprisingly good. Usually, anything from the 90s is cringe when you watch it now; but the show has some great acting despite being dated. The show is over a decade old, twelve years old; so the show not appearing dated is marvelous on its own. Seeing all of these actors as their young selves brings me joy. It reminds me of the first time I watched 21 Jumpstreet (the TV series, not the movie).

Ned Nickerson appears in the fourth episode of Nancy Drew, and heartthrob is what he is. They have a relationship that right off the bat is rocky. Neither one of them stated they needed more space. While Ned was away, Nancy was at her peak. She was the badass independent woman she wanted to be. But when Ned comes back she feels like she has to stop being a private eye or whatever she is for the sake of Ned.

Ned does not like that she always works and is always working on figuring things out. That causes them to become rocky. The fact that Ned cannot love Nancy at her best and let her do her best is what makes Nancy feel indifferent about the relationship. I did enjoy Ned in this series, for multiple reasons. He was also charming. That is a huge plus. I do love the dynamic of the characters. They mesh well together.

Nancy Drew Will Solve All The Crimes

Nancy Drew is incredibly hard to find. If you want to try and buy the DVD, it is ranking at about 150 dollars on Amazon USD. Most of the shows from the 90s are ranking at approximately 200 USD if you are lucky. Most of the shows are being turned into cult classics, or they are barely coming out on DVD as it is this year. If you are looking to buy it, you may not have any such luck.

However, if you want to watch it for free (for who knows how long they will have it), Tubi TV has you covered. This is not sponsored, I just love recommending good TV shows, especially if they are from the 90s. (By the way, you’re also going to be lucky enough if you’ve subscribed to AT&T U-verse since they also have it available. But as mentioned, no one knows how long they will have it so make sure you read this guide to learn more.) As a fellow 90s kid I do have a soft spot in my heart for the era. I will say, though, that Nancy Drew was one kickass female protagonist in the 90s.