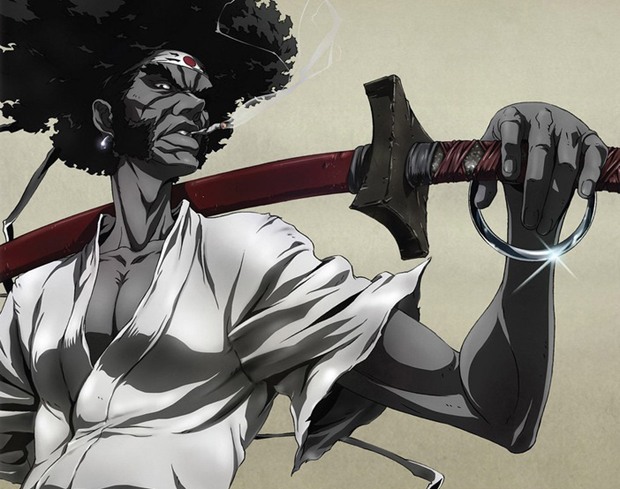 Black History Month is a wonderful time to talk about black anime characters that exhibit black excellence. Anime has resonated with black people for many years. Rza of Wu-tang Clan dedicated a page to son Goku in his book The Tao of Wu. He created parallels between the memory loss of the super Saiyan son Goku being akin to black people’s removal from Africa and forgetting the strength of their lineage. Actor Michael B. Jordan has a whole Coach line dedicated to Naruto.

There are many black cosplayers that go to cons. Black peoples’ look and essence have made their way into anime. For Black History Month, here are a few amazing black anime characters.

You’ll laugh at your fears when you find out who you are.

Don’t be fooled by the vibrant green and pink skin tone, Piccolo is most definitely black. He’s tactical in battle and is referred to as one of the “most brilliant fighters in the galaxy.” Careful with his word choice as well as who he chooses to be around, Piccolo is very thoughtful in all that he does. At first, Piccolo was hell-bent on world domination and defeating Goku. He eventually becomes good friends with Goku and allows himself to be warm and kind.

Master Killua depends on me. He’s risking everything to save his friend. I’ll help him even if I lose my job… or my life!

Imagine being ten years old and defeating one hundred men. Canary was able to do this without even breaking a sweat. As an apprentice butler for the Zoldyck family, Canary is fiercely loyal and intelligent. She picks up fighting styles quickly without even being taught. She is able to see them then imitate them. Although tough, Canary shows that she does have a kind heart and shows concern for others. Her job is very important to her but not more important than protecting Killua.

A cute, child genius who often talks to herself in the third person is an amazing example for black anime characters. Edward is eccentric, often saying things that don’t make sense and running on all fours or barefoot. She is extremely skilled in computer science and a master hacker. When she’s not doing that, she’s holding her own against master chess players. Ed is a breath of fresh air for unique black anime characters.

A responsible, mature Egyptian black anime character is the perfect ally to defeat a raging bloodthirsty vampire. Avdol prides himself on being loyal and earnest. He hates the idea of casualties in battle and does his best to make the right decision. Avdol is willing to put his life on the line for his friends and be the voice of reason for those that need help.

Although he has a strong sense of self, Avdol does understand that he can have a temper and tries his hardest to control it. He’s a well rounded and complicated character. On top of his dazzling personality, Avdol is also extremely strong and able to control flames.

I don’t believe in anyone but me and what I can do.

Vulgar and totally unhinged is the name of the game for Mugen. He’s highly competitive and will take on anyone challenging him. Whether it’s a sword fight or a game of baseball. Being competitive is often Mugen’s downfall since he’s a big, sore loser. His vices don’t stop there though. Mugen is also a womanizer and a gambler. This chaotic energy makes Mugen unpredictable. The audience never knows exactly what to make of him. He’s a black anime character that keeps everyone on their toes.

Think about it this way: a person picks up a sword when he’s trying to protect something. Perhaps it’s your life or your social status, maybe a reputation, a loved one, or personal beliefs.

The former leader of the Onmitsukidō and the Second Division’s captain is intelligent and playful. Although of noble birth, Yoruichi doesn’t look down on those “beneath her.” One of Yoruichi’s skills is that she is able to transform into a cute, black cat. She isn’t all fun and games, however. Yoruichi is highly skilled in hand to hand combat and has obtained the name “Flash Goddess” due to her immense speed. Yoruichi also has lightning-like abilities as she emits an immense wave of energy from her body.

Afro is a man out for revenge when his father is murdered by another samurai. He’s is willing to do whatever it takes and defeat as many opponents he has to enact his revenge. Afro kills the notable Empty Seven Clan, a group of highly trained assassins, to become Number 1. Afro is a very stern, ruthless man who is hardened from becoming an orphan. This along with his skilled swordsmanship makes him a hardcore black anime character that is fun to watch.