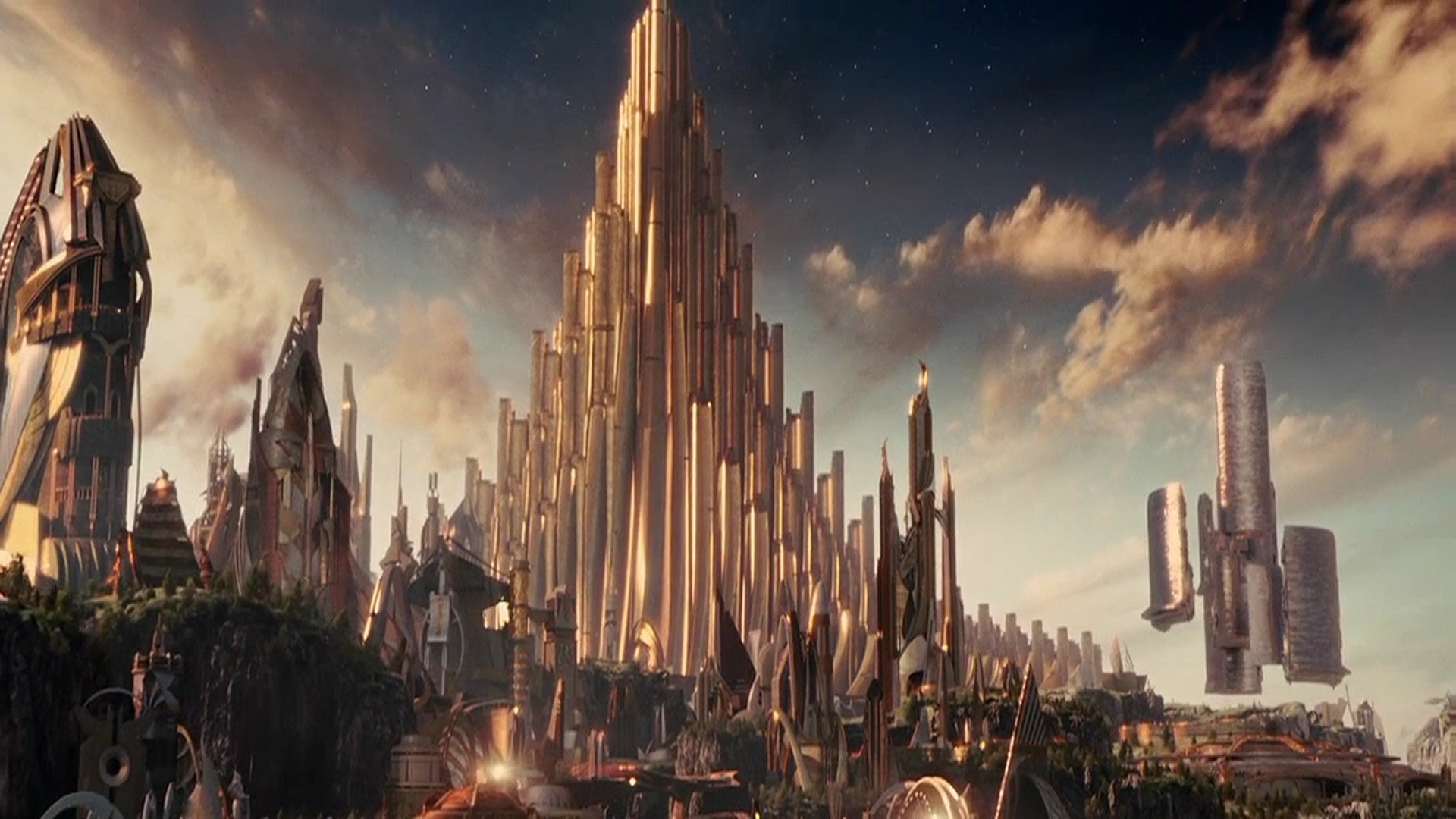 Romantic dates are sometimes lost in the action and plots of sci-fi and fantasy, but the worlds created for these stories are beautiful and worthy of a second look. Here are five romantic places to have a date night after the universe’s saving antics settle down.

1. The Singing Towers Of Darillium

With the wind creating intertwining melodies and the Darillium sun setting on the horizon, there are few places more suited for a romantic evening than the Singing Towers. After a nice dinner at Alphonse’s restaurant, you could watch the multiple moons rise and admire the planet’s rings in the night sky.

Maybe take a hike in the crystal caves or up the towers themselves. With nights lasting 24 earth-years, you have plenty of time to enjoy the sites, sounds, and beauty of Darillium. Located near the Andromeda Galaxy, the towers are a tad out of the way. But, you could always ask The Doctor for a lift.

2. The Window On The West

Hidden deep in the wilds of Ithilien, the Window on the West has spectacular views of a waterfall and the lush forest around it. Overlooking the waterfall into the forbidden pool, Faramir was sure to have brought Eowyn to Henneth Annun once the War of the Ring was over.

And as a hideout for the Rangers of Ithilien, Aragorn might have even passed by with Arwen. Though you shouldn’t swim in the pool, you could always have a nice picnic filled with Gondoran delicacies. Just keep an eye out for Oliphaunts!

If you’re looking to bring romance to another realm, consider the city of Asgard. Though currently rather filled with lava and Surtur, pre-Ragnarok Asgard offers culture, stunning views, and Asgardian hospitality.

The city itself boasts views of the Golden Palace and a rainbow bridge to the edge of the world. Perhaps you could stop to watch a theater production or snag an invite to a feast hosted at the palace. If the outdoors is more your thing, step outside the city limits and explore the woods. Perhaps you will find a hidden cave or alcove to spend time with your date.

Even though Jane Foster spent some tumultuous days on Asgard, Thor probably hoped to show her the more romantic sights of the city if a dark elf wasn’t attacking the nine realms. In more peaceful times, Thor probably treated Lady Sif and other dates he was trying to impress with Bifrost views and scrumptious dinners.

With sweeping vistas of Wakanda and Mount Bashenga, it provides a stunning backdrop to whatever romantic plans you have. Prince T’Challa and other Wakandan warriors will likely take their dates to the mountain for some recreation. Leading into the mines, the panther gateway might offer too much traffic for some.

But the cliffs around it provide a better get away for a more private rendezvous. Finding your way to Wakanda might be hard, but the rewards are unimaginable. With the African sunset silhouetting herds of battle rhinos and graceful gazelles, the Wakandan evenings are filled with the joy of a culture reveling in its innovation yet grounded in its history.

Filled with nooks and crannies within its shelves, the Hogwarts Library makes for a cozy spot to cuddle. If you enjoy a good book, reading or sneaking a peck during study breaks the library couldn’t be more romantic. Though Hermione found solace in the books themselves, Ron might have joined her for a less than productive study session.

Or maybe Lily and James snuck off into the shelves for a hidden embrace. Whatever the case, bringing your date to a library filled with stories of love is sure to spark something enchanting.

When you imagine the settings of your favorite stories, idyllic getaways are fun, but often the company is what makes it romantic. Wherever you end up, who you’re with is more important than where you are. However, even if you don’t have a date, it would be a great adventure to visit and relax in these spots!