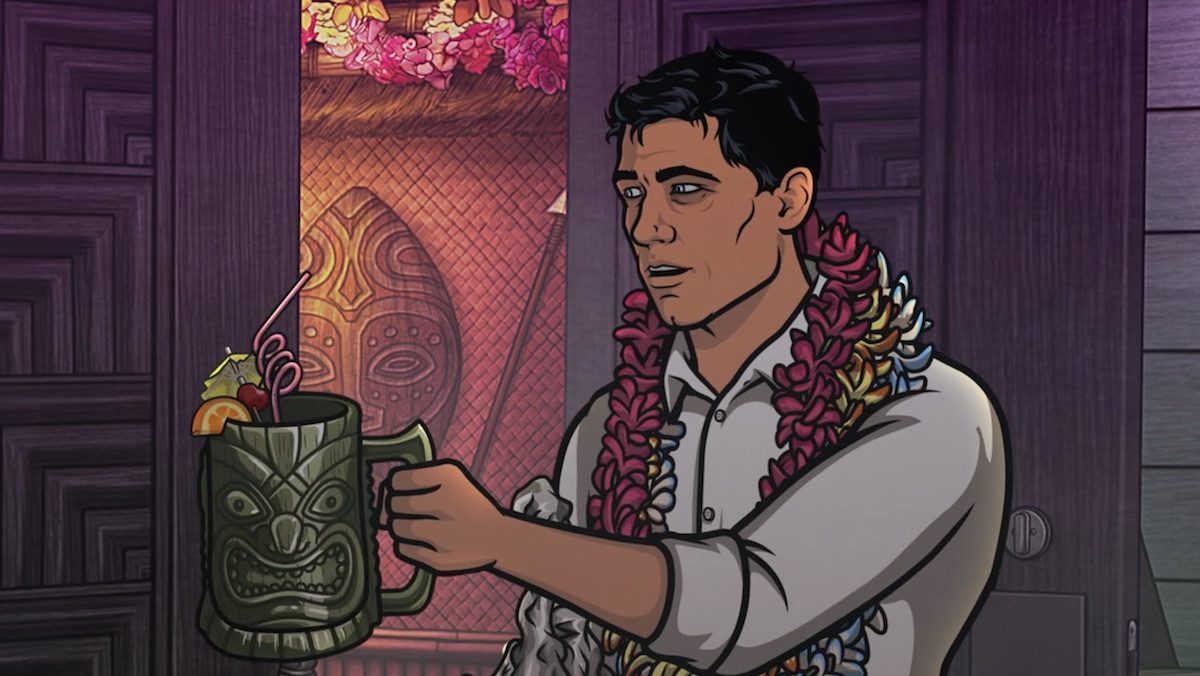 5 Drinking Games For Your Holiday Parties

The holidays are right around the corner and one of the best ways to celebrate the holidays is to drink a copious amount of alcohol, and the most entertaining way to do so is to play a fun drinking game. Most people would play traditional drinking games like beer pong, rage cage, and flip cups. Although, for this list, we are going over the five best drinking games from televisions to play for your holiday party.

Before The Games Begin…

Before we get started with this list, just a quick disclaimer that these games are meant to be played for fun. If anyone is starting to feel sick or starting to act irresponsibly, please take a small break and drink some water. Your safety means more than winning and there is no shame in losing a drinking game! Now let the games begin!

From How I Met Your Mother, this drinking game was created by local college students after watching Robin’s pre-morning news show. After noticing how Robin is so hesitant during her interviews, she says “but um,” a lot. The students soon created a drinking game whenever she says it.

Whenever someone says “But um…” everyone has to drink (either a shot or a sip of their drink).

This game requires very little skill, with the exception of being attentive to detail. This is a game where players have to be diligent while conversing with everyone else. It is a perfect starter game to play before everyone becomes too drunk to listen properly. For people with extremely high alcohol tolerance, this will be a chance for them to pick on those with weaker tolerances. Best tips for this game, understand how to pace yourself and an intentional “but um” or two can start the ball rolling so to speak.

First seen in the season three episode, “Cocktails,” the Dunder Mifflin crew with the exception of Michael, Dwight, and Jim all go to Poor Richard’s bar to drink. At one point, they play a game called “Up Jenkins,” where one team has to guess who on the other team is secretly hiding a coin in their palms.

This is one of those drinking games that are great to play with a good group of friends. It is simple and it requires players to trust in each other’s instincts. The game can also be played anytime throughout the night since all that is required is a coin and some drinks. The best tips for this drinking game are to focus on hearing and possibly staring down the opposing team for intimidation.

Introduced in the ninth episode of the first season of Game of Thrones, Tyrion, Bronn, and Shae play various drinking games in their tent. This takes place the night before Tyrion and Bronn have to fight the Northern army. After losing a few drinking games, Tyrion suggests a game that he is good at it. A game that is based on Tyrion’s ability to understand people’s intentions and motivations.

This game is all about educated guesses of perceptions, how players present themselves vs how other people imagine what kind of person they are. This is the kind of game to play where anyone can play and it can serve as a great ice breaker for a group of mutual friends. Best tips for this game is to think like a psychiatrist and to start off with broad statements like:

“you never moved away from your hometown.”

If any group plays this with a psychiatrist or a behavioral science professional, then be really careful!

Introduced in the season three episode “Paranoia,” Amy, Charles, and Gina compete to see which is the best bachelorette party for Rosa. After Gina’s party at the paintball range, Amy takes the rein and creates a trivia drinking game all about Rosa. The only thing is no one knows anything about Rosa, because of how secretive she is.

In a trivia show like fashion, players must guess answers about the Host’s past, abilities, opinions, etc. However, the Host must be someone, the players know nothing about or know very little about. For every question the players get wrong, everyone must take a shot, including the host. The winner is whoever gets the most points if there is no winner then everyone drinks!

This is another great ice breaker for introducing new friends to old or even getting to know your current friends. The game is also fairly easy to set up as well since the main items required are markers and a whiteboard/notebook. Similarly to the previous game, the best tips for this game are to start making educated guesses about the host and hope you get a good idea of who the person is. Bonus points, if you include game-show style, arts, and crafts.

When the topic of alcohol comes in, the Gang from It’s Always Sunny In Philadelphia always makes a statement. In the season ten premiere “The Gang Beats Boggs,” the Gang attempts to break Wade Boggs‘s drinking record. Boggs who is known as a famous hall of fame third base-men is also known for his alleged drinking record for drinking 70 beers on a cross country flight, eating an entire chicken, and hitting three home runs the very next day. The number of beers he drank during that trip has been heavily disputed ranging from 64 to 107 beers.

While traveling, players must drink as many beers/alcoholic drinks as possible, while keeping count and without blacking out. The count is kept on white t-shirts with a referee (or self-regulation) counting the drink. The winner is whoever drinks the most or reaches 70 beers first when they arrive at their destination.

This is one of those drinking games where it is best played when you have to travel among the holidays (Please drink responsibly). It is important to mention that this is more of a challenge than a game, however, the competitive spirit of this game will make the longest flights interesting.

Those who have a high alcohol tolerance and ability to pace their drinking will do well in this game. However, just a warning: this game will be expensive if played to its fullest potential. There are bonus bragging rights to this game if the winning player can hit a home-run after they land, or eat an entire chicken during their flight.

All the way back in 1999, this drinking game was introduced in Family Guy’s very first episode, “Death Has a Shadow.” In this episode, Peter promises to Lois that he is not going to drink at a bachelor’s party. However, he drinks immediately after Quagmire asks if anyone wants to play ‘Drink the Beer.’

One player asks another player if they want to play drink the beer, and if they agree and drink a beer, they win along with another beer. Losers are players who don’t agree and drink.

This is the easiest game due to its simplicity and how it can be played at any point in a holiday party. Since this game can have multiple winners, everyone can win with another beer!

Before We Drink To That

The holidays serve as a reminder to celebrate with those who we are closest to. It is always important to make some memories with your friends and family by playing fun drinking games.