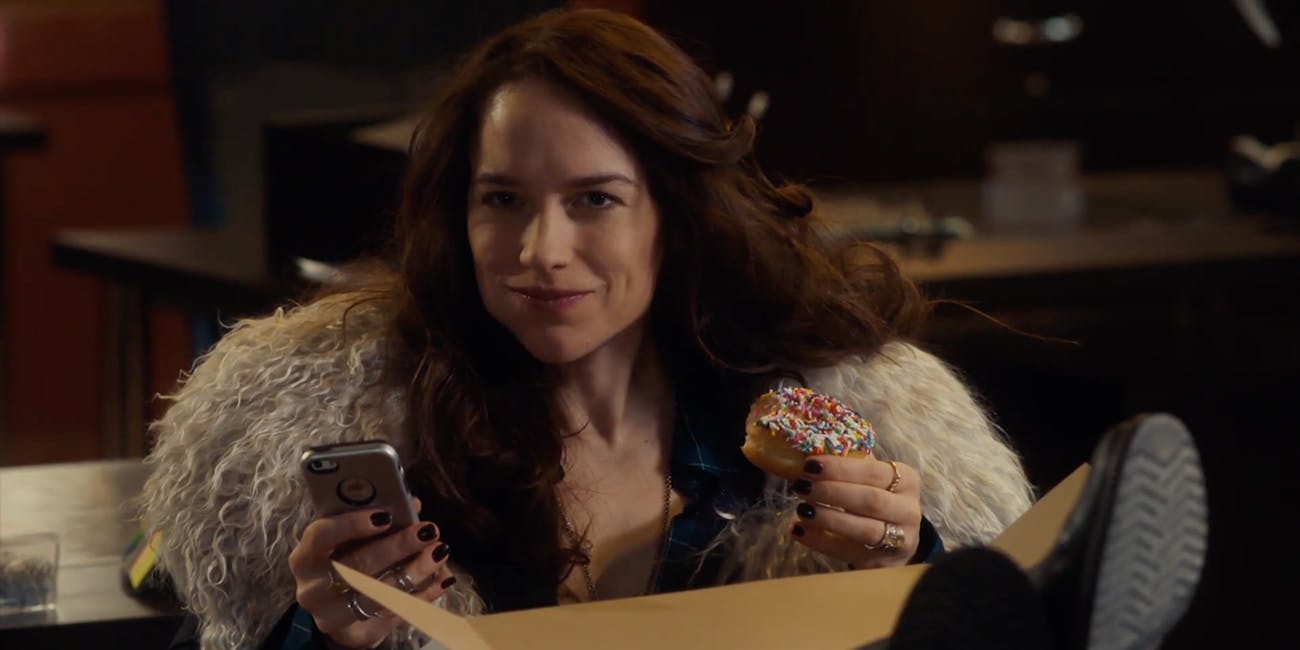 3 Canadian TV Shows Everyone Should Watch!

In honour of Canada Day, here are 5 current Canadian TV shows (that are not Degrassi) which everyone should be watching according to a Canadian. #HappyCanadaDay!

The first original tv series by Canadian streaming service, Crave TV, this comedy series is a hoot and a half. Set in the fictional town of Letterkenny, Ontario, this comedy satirizes living in a small town in Canada. The Canadian TV series focuses on the story of Wayne, as he tries to prove that he’s “the toughest guy in Letterkenny”. It has hockey bros, hicks, and local drug addicts as it covers the realities of small-town Canadian living.

If you’ve ever been curious about small-town Ontario or you’re just looking for a good laugh this is a show you should check out. You can watch Letterkenny on CraveTV or The Comedy Network in Canada. And, of course, Hulu just acquired the US rights to the series.

With its third season around the corner, this supernatural/ horror/ western has everything you need to fall in love with it. It is based on the IDW graphic novel of the same name by Beau Smith. This show tells the story of dysfunctional Wynonna Earp as she returns to her hometown in the Canadian Rockies and must break the curse set in place by her great great grandfather and legendary lawman Wyatt Earp. Using ‘peacemaker’ a 16″ revolver which Wynonna inherited on her 27th birthday she must send the revenants of the criminals Wyatt put to justice back to Hell.

From amazing ships, to literally horrifying villains this show has a lot to offer if you are a fan of the supernatural genre or just looking for something good to watch.  You can watch Wynonna Earp on Space in Canada and Syfy in the US. Season 3 premieres July 20th which gives you plenty of time to binge watch the first two seasons.

Based on the real Viking Ragnar Lodbrok this Irish and Canadian TV show tells the story of Ragnar’s journey from farmer to a Scandinavian king. The show also focuses on those who helped Ragnar succeed; his family and fellow warriors. Filmed in Ireland this show has a beautiful setting and a great (looking) cast.

If you are looking for something literally good to watch, Vikings is it. It airs on History Channel in Canada and in the US. Season 6 does not have an official air date yet but is on its way.

In putting together this list I came to realize that there are not that many current Canadian TV shows. This is despite Toronto and Vancouver being two major filming hubs for both television and movies. Below are a few recommendations for Canadian TV shows that are no longer with us.

If you haven’t heard of Orphan Black and Tatiana Maslany then you’ve probably been living in a hole. In the series, which Maslany has been nominated for multiple Emmys for, she plays 10 different characters. One of the most critically acclaimed Canadian TV series in recent history, if you haven’t seen it this science fiction thriller is a must.

Corner Gas is a Canadian comedy staple that has gone from a successful tv series to a movie and now is an animated series. Similarly to Letterkenny, Corner Gas tells the story of a small town in rural Saskatchewan.

Rookie Blue is a classic cop procedural set in Toronto. It follows the lives of 5 rookie cops at the 15th Division as they try to survive and not screw anything up. With great characters and writing this show can’t be missed.

Technically not Canadian, The Handmaid’s Tale is still on this list. It is phenomenal and is based on Canadian author Margaret Atwood’s’ novel of the same name. It is also filmed in Southern Ontario. All in all, making it very Canadian even though it is technically not.