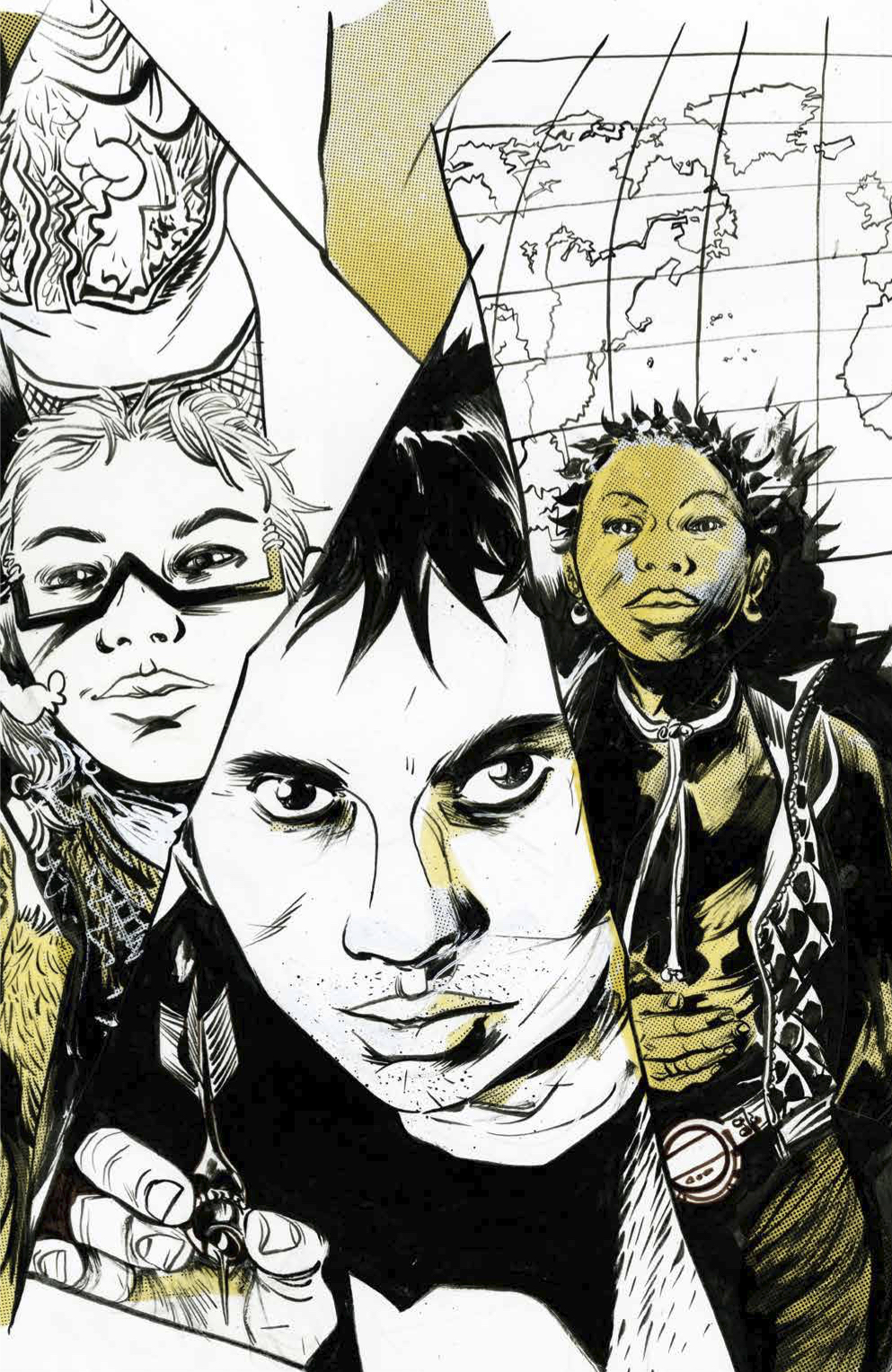 100% Is A Perfect Percent Of Stunning Storytelling

Image Comics just reissued Paul Pope‘s 100%. A follow-up to Pope’s Heavy Liquid, the story was initially released in 2002-2003 over the span of five issues under DC’s Vertigo imprint. Pope wrote and drew 100%, with the cover coloring done by Yuko Shimizu. The book is a black and white science fiction story about relationships focused in a futuristic New York City.

Although it’s an older release, Pope’s stunning visuals and carefully crafted storytelling can still stand the test of time. Even if you’re not familiar with his previous work, 100% is a great jumping-off point.

Death Is Always The Start

To start, 100% has a mature reader warning stamped on it for a reason. It’s primarily to do with some of the sexual themes laid out through the book. While taking place mainly at a strip club in a futuristic New York City, there are six characters the story rotates on. The story flows between each of their own journeys as they intertwine around the strip club. Each one of them has a distinct amount of loneliness within them, which mixes them together. With that, the relationships between all the characters feel authentic and real.

There’s Kim, a bartender who becomes terrified after the discovery of a murdered girl in the alley outside the club. Her fear for her own safety leads her to meet Eloy, an artist doing everything he can to fund his project. He’s also the cousin of Strel, the manager of the club. Friends with Kim, Strel’s estranged husband, has come to make amends after disappearing for a year. Then, there’s Daisy, a new dancer at the club who becomes the obsession of the club busboy, John.

The world of 100% has some Blade Runner influences and on the edge of the first Mad Max film. Although the backstory does not go into full detail, we know there was a massive bombing near Istanbul and an Indian Ocean military landing. The United States and the United Nations have merged. Also, Ernesto “Che” Guevara’s face fronts the 100 dollar bill. The strip club has also evolved to a new sexual standard, where undressing isn’t enough. Now called Gastro-Clubs, have dancers with MRI-Tek, which display 3-D images of their internal organs. Even MMA has evolved into a more brutal form called Gastro fights.

Overall, the artwork structure and writing of 100% can compare to influences like Kirby’s older work and Alex Toth. His figures and shadows demonstrate Thoth’s work. While his book and concepts come off very Esnier, like using the theme of 100 for his characters blends their stories together in a fantastic way. Broken into twenty-five short 3-8 page chapters, the structure of the book feels very Sin City. Pope’s work also has a significant Manga and Anime influence in it. Primarily in how his stories focus on a character and a small part of their journey. In 100%, the entire storyline only takes place over two weeks.

It’s also apparent how Pope’s inking has influenced modern artists like Sean Murphy. Pope’s thick inking over his work creates a contrast that matches the dark tones of the story. Exaggerating character’s facial gestures and movements add in enormously emotional moments. As a reader, you can feel how cramped and loud the strip club is, or how open the four-dee booths are. The highlight of 100% is how clear the images are despite it being black and white. There are moments in many black and white stories where images don’t convey enough or are too blacked out to tell emotion. Pope has created a balance between the two, similar to how Miller did in Sin City.

A Dart In The Wall

Ultimately, 100% hits the mark as an astonishing body of work. It’s typical when taking over both writing and drawing duties that something will lack, but Pope has found a balance between the two. There are moments when the art speaks more than the words and vice versa. This is a must-have for anyone who’s looking for something out of the superhero genre. A modern feel, with dabs of science fiction and interesting relationships, makes it impossible to put down once picked up. Pope currently does covers for both DC and MARVEL and has more creator-owned work on its way.