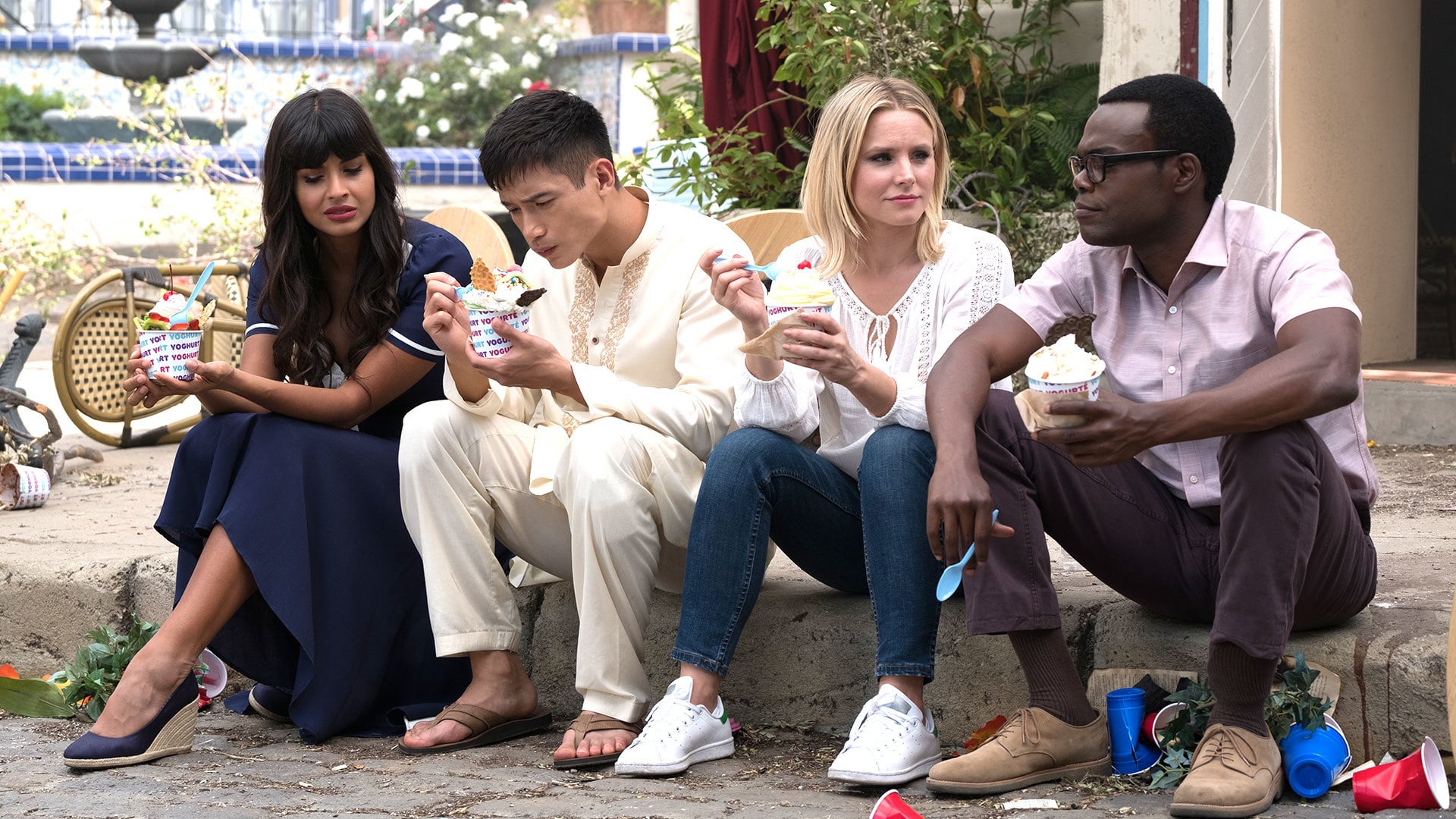 The Good Place is almost over and so is the year. As the end of the year approaches, everyone reflects and looks back on past achievements and regrets. How many of those decisions that you made are ethical per-say? Here is a list of ten things that will place you in the Bad Place according to the point system in The Good Place.

1. Not Tipping A Waiter/Waitress

This was shown in the series premiere of The Good Place when Michael was explaining the point system. While it is known throughout American culture that it is simply rude not to tip someone who is trying to help you, many would assume there are cases where not tipping someone can be justified. In an interview with the show’s creator Michael Schur, he explains how a bad tip can convince a waitress to quit her job and possibly become a doctor, and that is better than not tipping someone and potentially making them become homeless. Next time you think about not tipping, think about how you could lose 6.83 points, and how the servers could become homeless.

This was also shown in the series premiere “Everything is Fine,” and this is due to how ridiculous and immoral guys would sound when trying to establish an ethical set of rules to live by based on their bro-hood. Surprisingly, college fraternities and their rule sets aren’t a suitable substitute for Immanuel Kant’s theory of Deontology. So guys, instead of referring to the “Bro-Code” and losing 8.20 points, how about referring to the “Kant-Code?”

3. Saying “You Need A Vacation From Your Vacation”

This was briefly seen inside the Museum of Human Misery in the season two episode “Rhonda, Diana, Jake, and Trent.” The museum accounts for every first unethical act that took place throughout human history. Considering this saying was recorded in a museum in the Bad Place, it holds incredibly negative connotations. Not to mention, saying this may make someone sound really condescending, especially if they say it in front of people who are not able to take a vacation.

In the season one episode “Most Improved Player,” Michael asks Eleanor if she has ever listened to this band after finding out she doesn’t deserve to be in a Good Place. There are some speculations as to why this is considered an unethical act. Some say that it doesn’t serve any purpose other than as hyperbole for comedic purposes.

Others argue that it’s because their music is all about sex, drugs, and California and that influences people’s decisions. However, the same thing can be said about most other rock bands, but to be on the safe side, maybe don’t pay money to hear them play.

One of the most controversial questions of the decade, “Is it unethical to eat at Chick-Fil-A?” According to The Good Place, it is. In the season three episode “Chidi Sees the Time-Knife”, Eleanor refers to this restaurant chain as a trap in acting unethical, by explaining how eating their sandwiches means that you inadvertently hate gay people.

However, recently Chick-Fil-A has publicly announced that they will stop funding anti-LGBT interest groups. So does this mean it’s now ethical to eat at Chick-Fil-A? Hard to say, but maybe… only time will tell.

6. Having A Destination Wedding

Thinking about having a nice and romantic wedding in another country or state? You better think twice, because according to the accountants in the episode “Janet(s)”, having a destination wedding is -1200 points. This is due to the carbon footprint that will be created when everyone invited to the ceremony moves all at once to reach your wedding.

Of course love is love, but is it worth hurting the environment and 1200 points? However, if you do plan on risking it, do not make it a Lord of the Rings themed wedding, because according to the accountants in The Good Place, you will be eternally doomed.

7. Rooting For The New York Yankees

In another interview with Schur, he states that instead of rooting for a team that is likely to win, you should root for a worse, less known team to show genuine support for underdogs. Specifically saying that:

“I think it’s a sign of good character when people remain loyal to teams. What you’re seeing now is like when the Golden State Warriors suddenly get the best team in history and they win a championship — that championship was way more fulfilling and valuable for the people who have been Warriors fans since the ‘70s than they were for the tech bros who decided, ‘Oh, I gotta go check out this Steph Curry guy,’ halfway through the championship season. It takes no courage or fortitude to remain loyal to the Yankees at all, so that’s half of the argument”

Fun Fact: He is a Red Socks fan too, so there is also a little bit of bias there as well.

8. Giving A Dozen Roses To Your Grandmother

Now you are probably wondering how? Well according to the episode “The Book of Dougs”, this is because ordering these roses on a smartphone or computer means that you are inadvertently supporting sweatshops where the device was made. You are also indirectly supporting toxic pesticides, and exploiting migrant workers who are growing those roses in impoverished countries.

Additionally, you’d be inadvertently leaving massive carbon footprints from the delivery of said roses. To top it all off, you would be supporting the billionaire racist CEO who owns the company and sends his female employees pictures of his genitals. So yeah, that’s why you lost four points.

9. Buying A Tomato (Or Any Vegetable/Fruit) From The Grocery Store

I promise you are not being docked for eating healthy, because that would be absurd. No, instead you are being docked twelve points because, according to the season three episode “Chidi Sees the Time-Knife,” buying fruits and vegetables from a grocery means that you are unwittingly supporting toxic pesticides, exploiting labor from impoverished countries, and contributing to global warming. And you had thought the point system is being unfair.

This one is tough to explain, but some would argue that this is due to cultural stereotypes. In the season two episode “The Trolley Problem,” Micheal says that being French means that one is automatically sent to the Bad Place, but for anyone who isn’t French, any French thing they do makes them lose points. This could also indicate several fan theories that the Good Place is racist or at least has a thing against France?

How Forked Are You?

With the end of year being so close, it is important to right any past mistakes so you can get that clean and fresh start for the new year. Did you do any of these things on this list? If so, how likely are you going to the Bad Place? Comment below and let us know how forked you are in the afterlife!