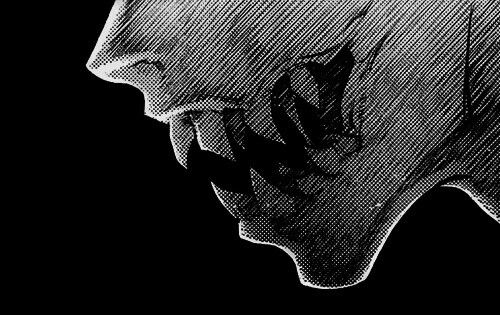 Villains are an important driving force to a great story. A fantastic villain pushes a protagonist to grow as they act opposite of them. They increase the stakes to put the audience on edge and give a reason for people to be invested in the story. Villains can also teach us about humanity. They showcase humans’ deepest, darkest fears out in the open.

At first, he killed as an orphan in the midst of a war for self-defense and to protect those he loved. It may not be justifiable but understandable. Pain showed time and time again that he didn’t like to kill and felt very remorseful.

The Rinnegan eyes were intended to be used for peace and to end the war until a friend’s death sent Pain over the edge. Being a user of the Six Paths of Pain gave Nagato a powerful edge. He was able to control multiple bodies for varying Jutsu.

The power and hatred it took to slaughter the entire Konoha village and the murder of his beloved teacher should place Pain at the top of the list but considering he revived the village before his death gives him some hero points.

You guys haven’t even noticed this warped society covered with hypocrisy and vanity.

Stain had an impressive record of killing seventeen heroes and crippling twenty-three others. Fast, strong, cunning, and possessing a paralyzing quirk named “Bloodcurdle” allowed Stain to give heroes and other villains immense trouble. Although violent and self-righteous, Stain did understand that what he was doing was bad.

Some instances have shown Stain avoiding killing if he doesn’t feel it’s necessary. He believed that he needed to take the role of the martyr in order for society to restore heroism to its former glory. Number one hero All Might was Stain’s idol which made Stain a complex villain, but not the most brutal.

I’m not going to kill you, I’m going to break you.

Created from a corrupted human soul and a legion of yokai, Naraku was the center of every character’s distress (demons and humans alike). He treated those that followed him as disposable and possessed many unique powers.

Existing as a hoard of demons allowed Naraku to pick and choose the characteristics he wanted. He was able to “purge” the parts he deems as weak and become stronger. He absorbed other demons for their powers and his shape-shifting made him a master manipulator. Although a powerful demon, Naraku spent a lot of his time in the shadows and fleeing from battles that didn’t go his way.

Sticking to one’s beliefs is always a reckless thing to do.

A half-human, half-ghoul that is okay with slaughter either way, Eto founded the ghoul operation the Aogiri Tree. She had scary, chaotic energy when seen laughing at the pain of others. While in one-eyed owl form, Eto had the highest ranting as an SSS ghoul, indicating she was a major threat to the CCG.

Similar in appearance to her father when in full ghoul form, humans could only tell them apart because Eto is larger and earned the nickname the “Owl That Kills.” She had an advanced kagune and ranked high in power but had been bested by humans and ghouls alike.

Fear is necessary for evolution.

Maybe not the most diabolical, but definitely the number one trickster. He was well-liked, respected, easy-going, and soft-spoken. At least that’s the good Commander front he put on. Aizen’s real intentions to overthrow the king of Soul Society revealed him to be a calculating and undermining traitor. Mind games are his way of life and you can’t help but feel charmed by him. Although Aizen had a knack for planning, he failed to foresee his treacheries landing him a spot in prison.

In this world, the weak are the sustenance of the strong. The strong live, the weak die.

Shishio was a master swordsman, a renowned serial killer, and the brains behind the operation that aimed to take down the Meiji government and rule over Japan. Those that hired him as an assassin became so afraid of Shishio that they tried to burn him alive. He was extremely intelligent and was able to decipher what his opponent’s next move would be, giving him the upper hand.

Shishio does possess a major weakness. The burns he got from his near-homicide prevented him from battling for longer than 15 minutes. He overheated and died as a result. However, even in his death, Shishio still remained driven by his plans to overthrow Satan and be the ruler of Hell.

How could anyone say humans aren’t weak? It’s an inherent trait.

Humans by nature are lustful, greedy, prideful, gluttonous, envious, slothful, and wrathful. For this very reason, Father cast out all these characteristics from his being. Feeling that he had freed himself from the chains that bind humans (and subsequently made children based off of the seven deadly sins) he is now above them.

Father absorbed God himself and was able to manipulate energy and matter. He slaughtered hundreds of thousands of people with no remorse in order to make a philosopher’s stone. Even the fondness he held for his children had its limits, as Father was willing to sacrifice all of them for his personal gain. He was just shy of spot number two because he ended up coming face to face with “Truth” or “God” once again and was afraid, diminishing back to human-like ways.

You’re all complete and utter wastes of Saiyan blood.

Broly was born with a power level of 10,000 which was so incredible that it threatened King Vegeta, one of the most powerful Saiyans at the time of Broly’s birth. Between taking a knife to the chest like a baby, murdering his own father by crushing him, and only being taken down with the strength of Gohan, Goten, Trunks, the spirit of Goku, and the sun combined Broly ranks high on the villain list. Even Emperor Frieza felt intimidated and destroyed an entire planet to try and get rid of Broly.

I am the might Freiza and yes, all the horrible stiries you heard are true.

Frieza was ruthless and liked to taunt his opponents. With no prior training needed to hone his powers, Frieza ruled over the Saiyans. He hatched a plan to destroy the Saiyans by obliterating Planet Vegeta when he heard about a Super Saiyan rising and slithers out of being blamed for it.

It took 20 episodes for a roughly five-minute fight between Freiza and Goku because it was just that epic. With a record of 448 planets conquered and a power level of 120,000,000 in his final form, Frieza is a top-notch villain.

The loser must die!

The Commander of the mercenary group Band of the Falcon was an ambitious, deadly warrior. His confidence and prowess lured people into following him (even blindly at times).

Before the eclipse, Griffith was awful but not necessarily a psychopath. There’s a side to him that was sympathetic and sorrowful and another side that was self-righteous and manipulative believing other’s only exist to fulfill his dreams. Griffith’s two halves often crossed over into one another, blurring the lines between good and evil.

After being brutally tortured and becoming the demon Femto, Griffith lost all of his humanity. He even went as far as to enact “revenge” on an old friend by… yeah. Let’s just say he deserves his position on this list as one of the most diabolical anime villains.

This world is rotten and those who are making it rot deserve to die.

It may be shocking for a human with no extraordinary powers to be ranked number one on the list of anime villains.

Light can’t fly, shapeshift, or punch really hard (definitely didn’t possess a power level over 9,000) but there was something special about Light Yagami. He was a boring, high school genius with a God complex. He was anime’s Ted Bundy with his good looks and charm. People were drawn to him and he used them to his advantage to create pawns in his grand scheme.

His narcissistic and manipulative behavior combined with the possession of the Death Note lead Light to believe that he was the chosen one to cleanse the world and that makes him extremely deadly. Kira had absolutely no love for anyone, remaining unfazed when his own father perished.

Kira was a strong villain who had many people die under his self-righteous rule. A cruel nature that was unmotivated by money, love, revenge, but only the idea that he was God puts Kira on top of all other anime villains. Manic until the very end, Light Yagami wins the title of most diabolical.