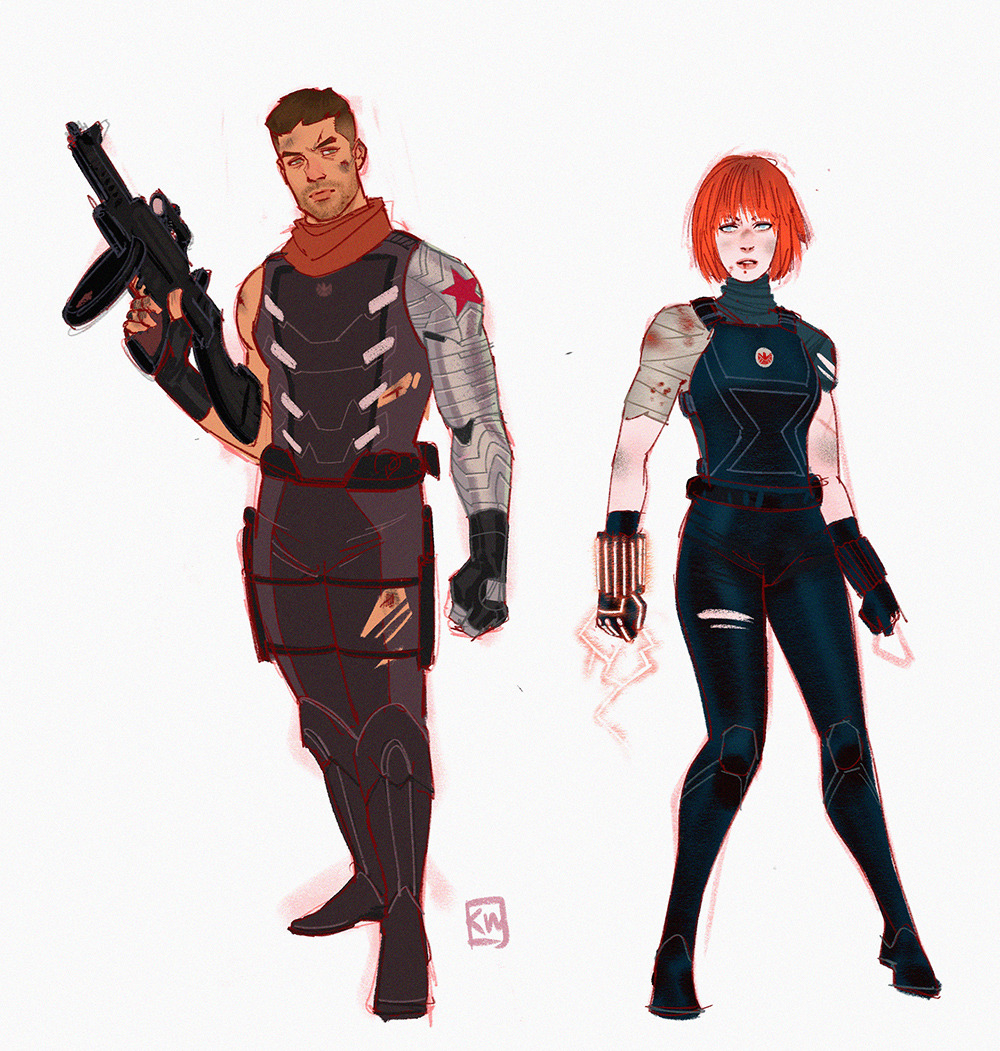 Welcome to Fanfic Friday, everyone! We are baaaaaaack, after Thanksgiving week/weekend we decided to take a break and relax with the family — but, Fanfic Friday is back, and we are ready for December, are you? This month is usually, New Year one-shots and Christmas AUs.

However, we want to switch it up a tiny bit. We want to focus on specific ships. So, this week — this ship will be Natasha Romanoff x Bucky Barnes; since the Infinity War trailer came out this week, we want to do some Avengers ships. Natasha and Bucky are canon in the comics, which is why I love this ship so much, and I hope others do as well!

Summary: Post!Civil War, in Wakanda, before Bucky goes back under cryo, him and Natasha share an intimate moment behind closed doors. Bucky still has his metal arm.
Rating: F/M — Teen +
Words: 716

Summary: The first time he saw her was in the grocery store. From behind she was so short and nondescript in her gray hoodie, he thought she was a child or a young adult. He didn’t realize she was a grown — gorgeous — woman.
Rating: F/M — General
Words: 3796

4. You’re a Good One, Bucky Barnes

Summary: Natasha can’t wash her hands of all the blood that stains them. She can’t quieten the ghosts in her head. She knows the only way out is if she were dead.
Rating: F/M — Teen +
Words: 2993

By: justareader13
Summary: Bucky and Natasha are together again, and as he lays in her arms he remembers how much he missed it.
Rating: Fiction K+
Words: 1101

By: Eliot Rosewater
Summary: Bucky keeps turning up in Natasha’s bed. In which history repeats itself.
Rating: Fiction T
Words: 6258

9. The Rehabilitation of Bucky Barnes

Summary: Bucky couldn’t be more grateful for Natasha’s patience and understanding, especially as half the time he’s trying to stab her. So when Hydra captures Natasha, he’s pretty sure she can take care of herself, but Bucky is a little biased and possessive, and he’s going to make them regret they ever taught him to inflict pain on his victims.
Rating: F/M — Teen +
Words: 65630

By: stargazer.doodle
Summary: 5 times One of the Avengers saw Bucky & Natasha’s relationship and the one time they said something
Rating: Fiction T
Words: 6183