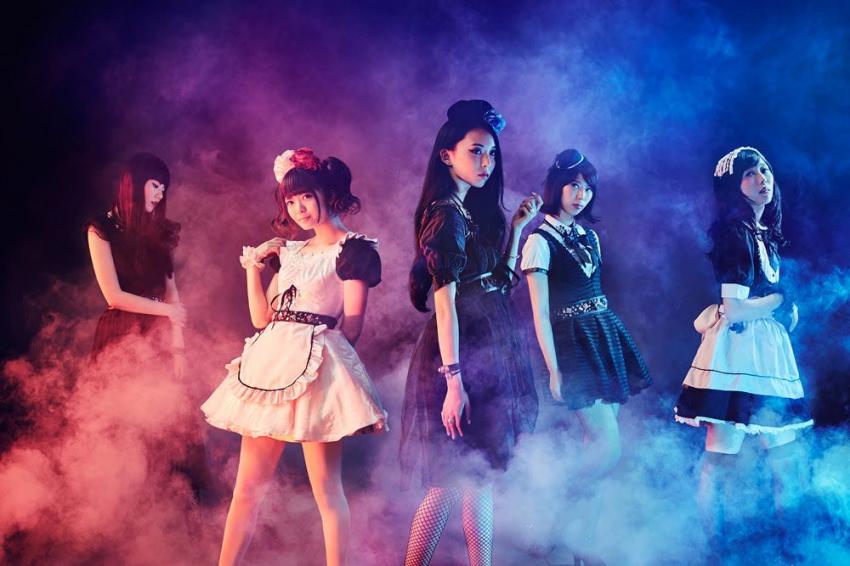 The Japanese girl rock-stars of Band-Maid are looking forward to their world tour — and Western domination — this fall. The band hails from Tokyo and draws inspiration from the stage presence and wardrobe of the popular Maid Cafes that populate the city. Lead singer and guitarist Miku Kobato is a former employee of one of these café. Miku formed the group with the sole purpose of combining two opposing parts of her life: heavy metal and Maid Cafés.

With their albums on the rise in both the Eastern and Western markets, no one can deny the building success of the band. In preparation for their world tour, here are 10 songs to listen to before Band-Maid takes over the world.

One of their first songs on their mini-album “New Beginnings,” this song is the perfect introduction to the band. “Thrill” describes what it feels like to break free of what is expected of you, to build your own world from the bottom up and live in it – unapologetically. The song perfectly captures the hunger of a new band ready to show the world what it’s got.

As the first song on their debut album “MAID in Japan” in 2014, “Be Ok” embodies a lot of their burgeoning spirit. In the song, you can feel the band starting to come together and cement their sound and style. As Band-Maid begins to shape their message through this first album, “Be Ok” is the perfect introduction for any new listeners.

While they are on the same album, “FORWARD” and “Be Ok” feel worlds apart. “FORWARD” is a reminder of the 2014 pop-rock that had every teen up late, crying into their pillow. There’s also a beautifully done acoustic version, uploaded to YouTube by numerous fans.

7. Band-Maid: Beauty and the Beast

Moving on to their next album with “New Beginnings.”

Released in 2015, we have the killer “Beauty and the Beast.” It includes an amazing backbeat that’s hard not to dance to, fun and creative lyrics you wish you could sing along to, and insane melodies that make you wonder how you ever made it this long without listening to the band!

Reminiscent of the early rock days, this song leads in with the drum and guitar solos to end all drum and guitar solos. The song comes to us courtesy of their third album, “Brand New MAID,” released in 2016. They performed most of the songs on this new album at Sakura-con in Seattle, WA that year. They found themselves flooded by Western fans.

Once they graduated to the stratosphere of Japanese rock, Band-Maid began to release increasingly incredible songs and music videos. “the nonfiction days” and its music video is beautifully directed and shows every aspect of the band’s personality that they have been emphasizing since their beginning. Hypnotizing lyrics and visceral visuals create an explosive performance from these rock-gods.

Following in the footsteps of “the nonfiction days,” “FREEDOM” is an empowering rock ballad that reflects the early messages of their 2014 mini-album and the songs “Be Ok” and “Thrill.” The song suggests a coming-into-their-own that is beginning to happen for the band. This is also the year they embarked on their first world tour through Mexico, Hong Kong, and six other countries in Europe.

Heading off Band-Maid’s first full-length album is the firey “Don’t You Tell ME.” It’s the kind of song you’ll want to scream at the top of your lungs at a party with all your best friends around you. Even just listening to it while I wrote this made the hairs on the back of my neck stand up!

The most recent song Band-Maid has released, “Endless Story,” is the culmination of greatness literally years in the making. The video and production levels scream international superstars, and the song itself takes you back to a simpler time, where rock ruled the world.

The final song on our list is “DOMINATION,” a fitting title for what Band-Maid set out to do during their up-coming 2019-2020 World Tour. As the band stares straight into the camera and unleashes themselves on you, you can’t help but feel a terrifying sense of excitement for what will come next for the band.

Band-Maid’s “World Domination” Tour will begin sometime this fall and should continue throughout Spring 2020. The band members are hoping not only to crush the billboard ratings and launch themselves into the rock-n-roll stratosphere but to find new Misters and Mistresses to play for in the Western world.

Band-Maid Will Tour Europe On The Following Dates:

For more information about the band and their upcoming tour, head to their website!